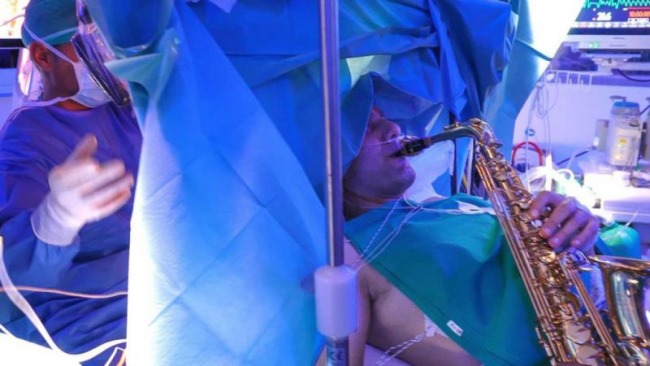 UPI – Doctors in Italy shared details of a recent, delicate brain surgery during which patient remained awake and playing the saxophone.

Paideia International Hospital in Rome said in a news release that the 35-year-old patient, identified as GZ, was kept awake and played his saxophone during the nine-hour surgery to remove a tumour from his brain. Doctors said the musical performance allowed the surgeons to map the different functions of his brain as they operated.