UPI – Doctors in Italy shared details of a recent, delicate brain surgery during which patient remained awake and playing the saxophone.

Paideia International Hospital in Rome said in a news release that the 35-year-old patient, identified as GZ, was kept awake and played his saxophone during the nine-hour surgery to remove a tumour from his brain. Doctors said the musical performance allowed the surgeons to map the different functions of his brain as they operated.

“Awake surgery makes it possible to map with extreme precision during surgery the neuronal networks that underlie the various brain functions such as playing, speaking, moving, remembering, counting,” Dr Christian Brogna, who led the surgery team, said in the release.

“The goal of awake surgery is to remove the brain tumour or a vascular malformation such as cavernomas located in specific areas of the brain, while preserving the patient’s quality of life.” Dr Brogna said the surgery was a success. 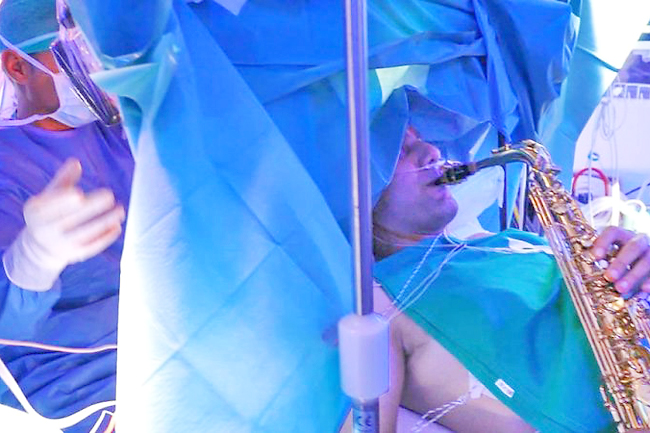