Ten individuals, comprising nine females and one male aged between 16 and 29, were detained by the Royal Brunei Police Force (RBPF) in the wee hours of yesterday for holding a gathering at a rented house in Kampong Kiarong, in violation of Chapter 204 of the Infectious Diseases Act.

Several individuals fled the scene during the 1.30am raid by the Bandar Seri Begawan Central Police Station. Efforts are ongoing to track them down.

Six bottles of alcohol were seized and handed over to the Royal Customs and Excise Department.

In a separate incident on Wednesday, the Kuala Belait Police Station personnel picked up six foreigners, aged between 24 and 26, for gathering and playing football in an open space behind a hotel in Jalan Maulana.

All detainees were taken for a swab test and will be investigated under Chapter 204 of the Infectious Diseases Act.

The RBPF will take action on individuals found flouting the Ministry of Health (MoH) directives to curb the spread of COVID-19. 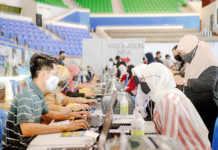 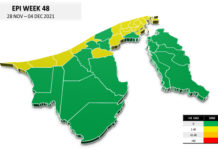 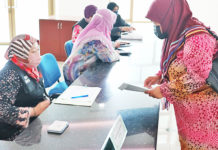