PARIS (AFP) – Paris’ socialist Mayor Anne Hidalgo has hinted she is planning to stand in 2022 presidential elections, saying that having a woman as president for the first time would change the relationship of the French with those in power, in an interview published yesterday.

If she declares her candidacy, Hidalgo would be entering an increasingly crowded field but one that is dominated by figures on the centre and right, with centrist French President Emmanuel Macron and far-right leader Marine Le Pen expected to duel in a run-off.

But the socialists have so far failed to make any impact on the race, still suffering after the single 2012-2017 term of France’s last socialist president Francois Hollande that left him so unpopular he did not bother to seek re-election.

Asked about her intentions in 2022 by the Le 1 weekly, Hidalgo said, “If strong actions are not taken now, neither our children nor our grandchildren will be allowed the ability to plan the world they want.”

She said the disengagement of the middle class from politics risked aiding the rise of populism and eroding democracy. 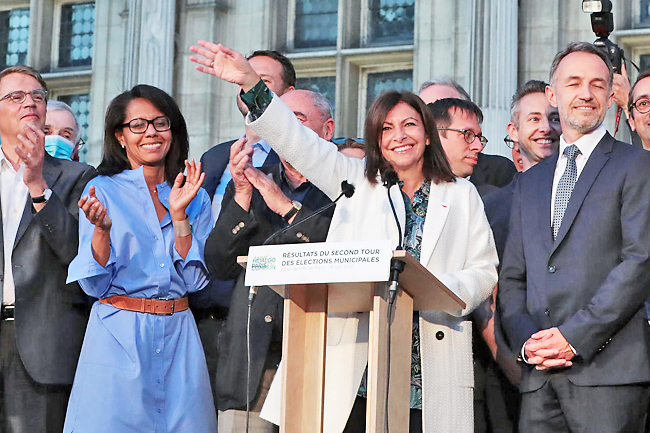