THE WASHINGTON POST – This spring, horrified Americans watched farmers dump milk and plow under vegetables, but the story of food waste and the novel coronavirus (COVID-19) didn’t end there.

While farm-level dumping caused outrage in the pandemic’s early days, during normal times it was households that were responsible for a huge chunk of America’s food waste – about 43 per cent according to ReFED, a non-profit focussed on the issue. That waste happens in less dramatic ways, such as unloved veggies scraped off a plate or a take-no-prisoners fridge clean-out.

And that’s exactly the kind of dumping that coronavirus-wary Americans seem less likely to do during the pandemic. Perhaps, hesitant to risk virus exposure at the store, you have improvised more meals from whatever the fridge offered. Or started doing inventories of your pantry and shopping with targetted lists. And, amid tightening finances, you may have eaten something past its “best by” date, or frozen vegetables before they turned to mush. COVID-19 has prompted many people to adopt new behaviours that groups such as ReFED have promoted for years. And those habits could have a real impact on food waste.

If enough of those habits stick, consumers might just cut into the 30 to 40 per cent of food that the United States (US) Department of Agriculture estimates is wasted during normal times. Preventing some of that waste would save fuel, water and other resources used to produce the food. It would also send less food to landfills, where it is a significant source of climate-changing methane.

“I am certainly optimistic that a silver lining of this pandemic is that overall less food will go to waste,” said Executive Director of ReFED Dana Gunders.

While initial shocks to the food system certainly caused waste, the future could be different.

“Longer term, however, in almost every step of the supply chain, I’m seeing positive shifts that I think could lead to less waste,” Gunders said. When it comes to consumers: “This moment has created a forced opportunity for people to really improve their food management habits.”

Accenture, which polled consumers regularly from March to July, consistently found that 55 to 70 per cent of Americans said they were more focussed on limiting food waste and would keep it up in the future.

In a survey on specific behaviours, London-based environmental charity, Hubbub, found that nearly half of United Kingdom (UK) adults surveyed said they were throwing away less food, with some even reporting eating food past its printed date (which often can be done safely). In a separate report, British sustainability non-profit WRAP also surveyed UK residents and found that more people were deploying new, less wasteful food management practices, including making meals from random ingredients.

So, how much could these behaviour shifts affect the volume of food waste? It’s hard to predict, experts said, noting that collecting hard data is expensive, requiring households to keep detailed waste diaries or auditors to sift through garbage. But, for now, WRAP has found that, at least in the UK, people are self-reporting lower levels of waste. The group regularly asks households to estimate the percentages of their milk, bread, potatoes and chicken that get tossed. Between November and April, those estimates dropped by about a third.

Whether they will drop permanently remains to be seen: The waste estimates ticked up a bit in June, particularly among people going back to work, but they were still well below November levels. WRAP found that people said they wanted to maintain their new food habits post-shutdown, but they cited time and convenience among reasons they might not.

Similarly, researchers at the NPD Group found in June that 50 per cent of Americans reported reducing food waste as they coped with the pandemic, a figure that was nine per cent lower than in April. The market research firm attributed the decline to restaurants re-opening and outdoor dining.

Online behaviour has also been telling: Readership on recipes and how-to guides on The Washington Post’s Voraciously website surged in March, April and May, with stuck-at-home cooks and bakers drawn to topics such as stretching yeast resources and ingredient substitutions. On EatOrToss.com, which I maintain to help people assess “questionable-looking” food, traffic tripled between February and May and has loosely followed the pandemic’s curve ever since, slipping a bit in June and climbing again in July.

Whether due to financial constraints, fear of interacting with virus-transmitting humans, or simply because being stuck at home means more time to chop vegetables and experiment, people are cultivating skills, from canning to baking bread, that could cut waste long after the pandemic.

Newfound kitchen skills may reduce day-to-day food waste even after the virus threat subsides, according to an Applied Economic Perspectives and Policy journal article set to publish last October. But the same analysis notes that variables, ranging from changes in shopping patterns to the tendency for people to waste food during transitional times, could cause more waste.

Quite possibly, the pandemic’s impact on household food waste may be tied to its long-term impact on our lifestyles overall. For example, work-from-home policies – a trend that appears likely to continue post-pandemic – may play a role in whether some households can keep up their new habits. That pound of turkey in your fridge is simply more likely to get eaten if you’re at home and there’s little risk of a spontaneous lunch with co-workers. Or, as Madeline Keating, who leads food waste work in Denver for the Natural Resources Defense Council, points out, you can multi-task: She once blanched and froze fading asparagus during a work call.

“If we think of food more as a subscription, that could in turn lead to food waste reduction just because it’s more predictable and you can match supply and demand better,” he said. 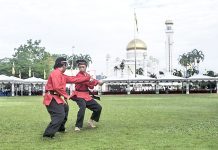 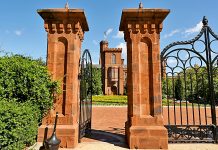 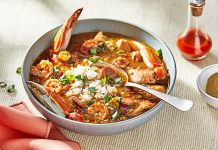