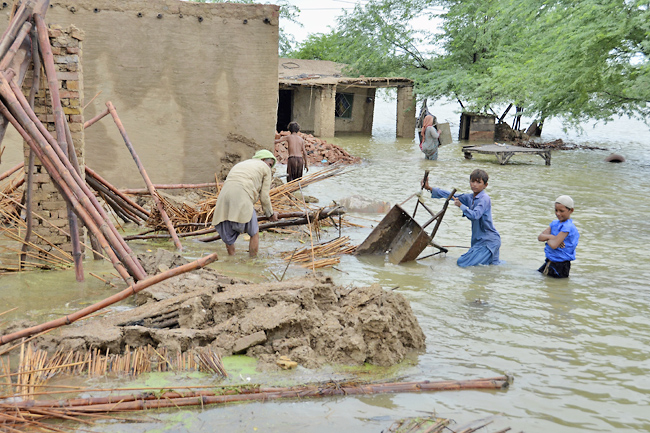 His request on Twitter came amid exceptionally heavy rain that continued lashing Pakistan, raising the overall death toll from mid-June to 937. Sharif said he met with foreign diplomats in the capital, Islamabad, on damages caused by the floods. “The ongoing rain spell has caused devastation across the country,” he tweeted, thanking other countries and groups for their support.

The flooding from rains, melting glaciers and cloudbursts affected over three million people.