QUETTA (AP) – Pakistani forces yesterday expanded their search for the perpetrators behind multiple attacks that killed six troops and wounded 17 civilians in a restive southwestern province the previous day.

The top government official in the southwestern Baluchistan province, Abdul Aziz Uqaili, said there a total of nine attacks in the province on Sunday. No civilians were killed in the attacks, he tweeted. Prime Minister Shahbaz Sharif condemned the violence in Baluchistan.

Earlier, the military in a statement said five soldiers, including an army captain, were killed when a roadside bomb exploded near a security forces’ vehicle during a clearance operation in Kahan, a remote area in Baluchistan bordering Afghanistan. No militant group has claimed responsibility for the bombing.

The sixth soldier was killed in a shootout with the Pakistani Taleban in the Sambaza area of Zhob district, according to Azfar Mohesar, a senior police official. A militant was also killed in the shootout, he said.

In the provincial capital of Quetta, 12 people were wounded when assailants threw a hand grenade in a bazaar near a residential area, Mohesar added. Elsewhere in Baluchistan, five people were wounded in attacks in the towns of Kalat, Khuzdar and Hub. 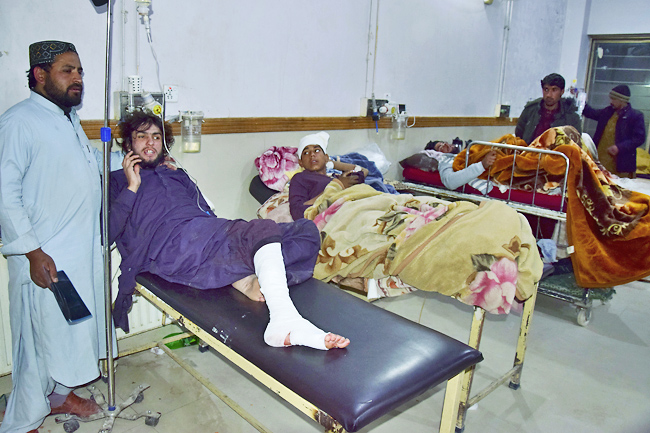