PESHAWAR, PAKISTAN (AFP) – The provincial assembly in Pakistan’s northwestern Khyber Pakhtunkhwa was dissolved yesterday, the second regional government to be brought down by former prime minister Imran Khan in his drive to force early general elections.

Pakistan has been gripped by political turmoil since Khan was ousted in a no-confidence vote last April. He was replaced by a shaky alliance led by Prime Minister Shehbaz Sharif.

The South Asian nation is facing a severe economic downturn, with rocketing inflation, a major shortage of foreign reserves and lagging bailout talks with international lenders.

Yesterday, Khyber Pakhtunkhwa (KP) Governor Haji Ghulam Ali signed a letter dissolving the assembly “with immediate effect” at the request of the provincial chief minister, who is a senior figure in Khan’s Pakistan Tehreek-e-Insaf (PTI) party.

Khan’s PTI held a majority or was in a coalition government in two of Pakistan’s four provincial Parliaments.

The move in KP came after the assembly in the most populous province, Punjab, was dissolved late on Saturday by Khan’s coalition partners, on his orders.

As per the constitution, fresh elections in both legislatures must be held inside three months.

Historically, federal and provincial elections have always been held simultaneously, but the constitution does allow for separate polling dates.

General elections are due no later than mid-October, and Sharif’s government is holding out hope of engineering an economic turnaround to boost its faltering popularity. 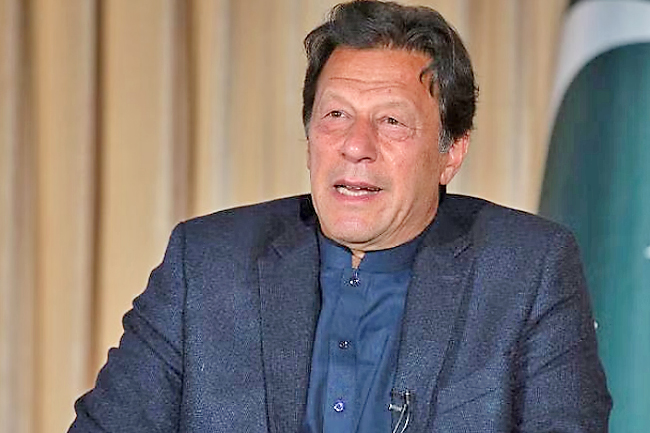