A humanitarian aid fund for Pakistan in response to severe flooding that left a third of the country underwater was launched yesterday.

Funds for flood victims will be collected over three months to give the public an opportunity to contribute directly while also enable organisations to host charitable activities, said Minister of Culture, Youth and Sports Dato Seri Setia Awang Haji Nazmi bin Haji Mohamad during the meeting of the National Committee for the Pakistan Flood Humanitarian Fund 2022.

“In August, Pakistan was struck by the worst flooding in its history. The scale of the disaster is significant, with nearly 1,400 deaths and 13,000 injured, while more than 1.6 million houses were destroyed.

“Pakistan declared 81 districts as disaster-hit areas, and more than 33 million people were affected.

“A third of the country was submerged,” said the minister. 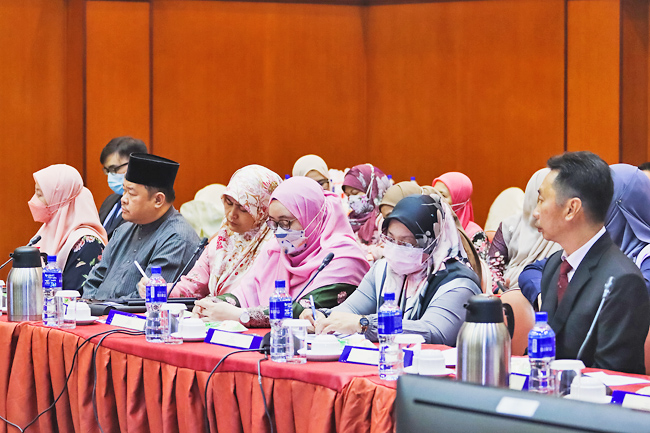 He said Secretary General of United Nations Antonio Guterres called for massive international support for Pakistan and emphasised the importance of understanding the impacts of climate change on low-income countries.

Donors can contribute via donation boxes at mosques, banks, as well as commercial and public buildings across the country, or directly to the fund’s secretariat at the Management and Administration Division, Community Development Department at the MCYS building in Jalan Kebangsaan.

The campaign to aid collection efforts for the fund, held in collaboration with Datastream Digital Sdn Bhd, Progresif Sdn Bhd and imagine Sdn Bhd, will end on January 12, 2023.

Committee members include representatives from government agencies, non-government organisations and the private sector.