ISLAMABAD (AP) – A Pakistani court yesterday accepted former prime minister Imran Khan’s (AP, pic below) written apology in a contempt case stemming from his outburst against a female judge that was seen as a threat, court officials and a defence lawyer said.

The ruling by the Islamabad High Court averted Khan’s possible disqualification to run for the next parliamentary elections. Khan initially refused to apologise for his remarks, but last month reversed course and submitted a written apology.

Khan’s lawyer Babar Awan said the court dismissed the contempt charge that had been issued last month in connection with the former premier’s controversial remarks about judge Zeba Chaudhry.

Khan was ousted through a no-confidence vote in April and since then, he has been leading rallies to pressure the government of Prime Minister Shahbaz Sharif to agree to snap elections. Khan claims his government was toppled by Sharif under a United States (US) plot.

Sharif and Washington both have denied the allegation.

Yesterday’s development came weeks after Islamabad High Court Chief Justice Athar Minallah issued a contempt notice to Khan for threatening Chaudhry during a rally in August. Khan vowed to bring a lawsuit against Chaudhry for allowing Islamabad police to question Shahbaz Gill, who is chief of staff of Khan’s Tehreek-e-Insaf political party.

Khan, a former cricket star turned politician who became premier in 2018, is still facing multiple cases, including defying a ban on rallies in Islamabad and issuing verbal threats to police. 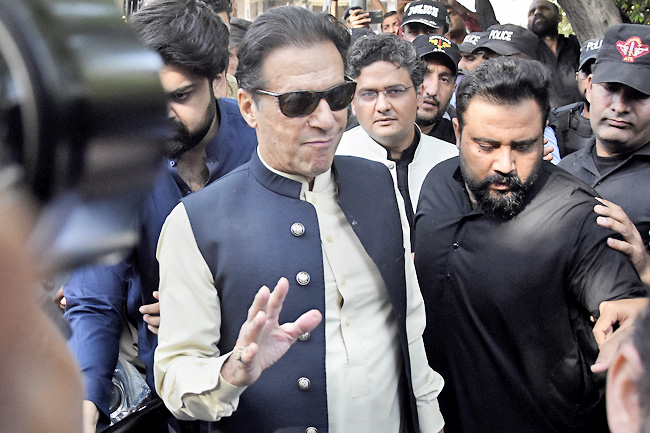