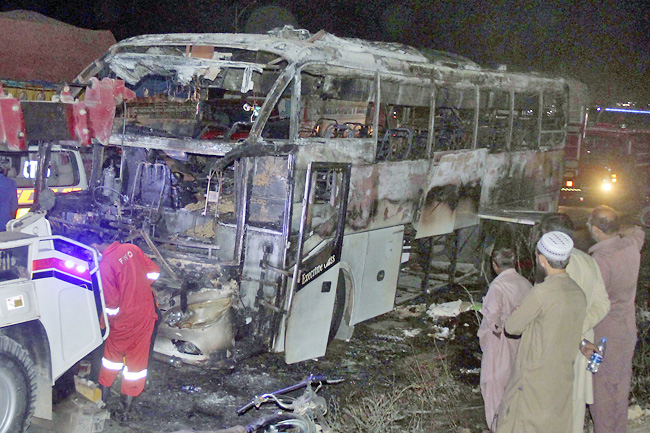 NOORIABAD, Pakistan (AP) – At least 18 Pakistani flood survivors, including eight children and nine women, were killed when the bus they were travelling in caught fire, police said on Thursday.

Police officer Hashim Brohi said the bus was taking the extended family from the southern port city of Karachi to their hometown of Khairpur Nathan Shah after they heard flood waters receded there. They were among the thousands who moved to Karachi because of the country’s deadly flooding.