QUETTA, PAKISTAN (AP) – A Pakistani army helicopter crashed during an overnight mission in the country’s southwest, killing all six military personnel who were on board, including both pilots, the military said yesterday.

The crash took place in the district of Hernai, about 150 kilometres north of Quetta, the capital of Baluchistan province. It was not immediately clear what mission the helicopter was on, and the army provided no further details.

Local authorities said an investigation was underway to determine what caused the crash.

The latest incident comes weeks after a helicopter carrying a regional commander and five other soldiers crashed in Baluchistan during a flood-related operation because of a technical fault, killing everyone on board.

Since mid-June, when unprecedented heavy rains and flooding gripped Pakistan, the military has been engaged in relief and rescue efforts across the country struggling with the deluge that has killed more than 1,600 people. The crash came days after insurgents abducted two security personnel in the region.

Troops have since been trying to find and rescue the men, according to two security officials who spoke on condition of anonymity as they were not authorised to speak to the media. In July, insurgents killed an army officer and his friend after abducting them from the town of Ziarat in Baluchistan.

The outlawed Baluchistan Liberation Army, designated a “terrorist” group by the United States in 2019, claimed the killings at the time.

Officials say the group has been behind most of the attacks on security forces in Baluchistan. 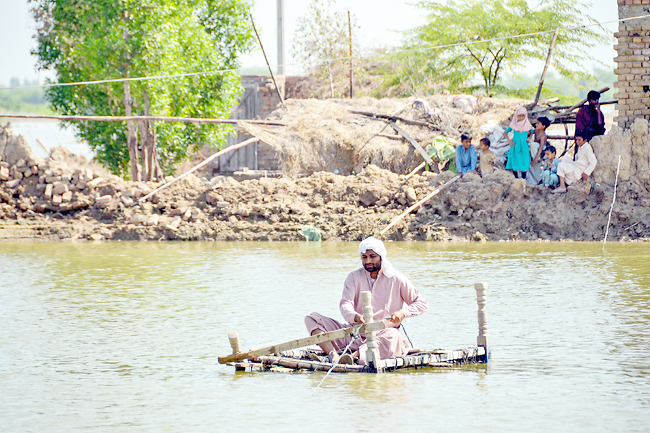