THE WASHINGTON POST – My 16-year-old son referees for our town sports programmes. Everyone who plays (and works) at these games is from our community. There are no tryouts, and everyone who signs up can play. The league is focussed not on high-level competition but on kids playing together.

A few weeks ago, my son was officiating basketball playoff games for girls in grades 3-6. During overtime in one particularly close game, my son called a foul on a player. Her father, who had been grumbling about calls throughout the game, cursed at my son. A paid adult supervisor told the parent his behaviour was unacceptable and escorted him out of the gym before allowing the game to continue. This behaviour from parents is all-too-common at many youth sports events in the United States (US).

“There has been a huge drop off in the number of available referees and officials in youth sports due to the obnoxious behavior of parents,” says Rick Wolff, a sports-parenting expert, author and 20-year host of the WFAN radio’s The Sports Edge.

A recent study by the National Federation of State High School Associations shows around 80 per cent of new officials give up the vocation after two years.

It’s a problem that has received wide attention. Former US Women’s National Team star Abby Wambach and her wife, Glennon Doyle, famously advised on social media that parents suck on lollipops during youth sports events to keep themselves from losing control. That’s what they do when they watch their children play football. Apparently self control at youth sports hasn’t caught on yet. One organiser of a youth football tournament in Eden Prairie, Minnesotta, banned parents from watching from the sidelines because of chronic bad behaviour.

But what incites parents to lose their temper during youth sporting events? And how can we curb this behaviour?

Youth sports are a different game than what many adults experienced as children. The 1993 movie ‘The Sandlot’ depicts how things worked back in the 1960s and 1970s: no tryouts, professional coaches, adult referees or spectators. Just a bunch of kids playing ball on a sandlot until they needed to get home for dinner. Today, youth sports are a USD15 billion industry in the US and a big commitment of time and money for parents and their children. The result is more pressure to perform and less fun for young athletes.

“Initially, the focus of youth sports was developmental. But now there is an overemphasis on competition and winning,” says a certified mental performance consultant and executive board member of the Association for Applied Sport Psychology Eric Bean.

Many parents view sports as a pathway to college entrance and scholarships, even though fewer than seven per cent of student athletes compete beyond high school.

Many parents also seem to confuse youth sports with professional sports. “Professional sports are for entertainment. The players, coaches and officials are all adults, and they are well paid,” says founder and CEO of the Changing the Game Project John O’Sullivan.

“The participants in youth sports, including the referees, are youths. But parents are investing so much time and money into their child’s sporting endeavours that they are losing sight of the plot. Instead of going on vacation or out to dinner, parents are treating their child’s sports as a form of entertainment for themselves.” That focus can make parents feel overly invested in the outcome of a game.

Many parents derive their own self-worth from their children’s achievements. “Kids have become a reflection of their parents’ identity,” says a professor at Amherst College Catherine Sanderson, who is teaching a course on sports psychology. “Their success, in academics or sports, is a tangible way for parents to measure their own success: If my kid is a ‘winner,’ then I must be a winner too.”

Sports are a metaphor for life: Sometimes things don’t go your way. Learning how to deal with disappointment, whether it’s a bad call or striking out when the bases are loaded, is a valuable lesson. But that message has been stifled by parents who want to protect their child from anything negative ever happening.

“We need to put an end to the helicopter and lawnmower parents, those who mow down all the obstacles for their kids, and give ownership to the (young) athletes,” O’Sullivan says. The man who yelled at my son probably believed he was protecting his daughter. But the outburst didn’t help his daughter or change the outcome of the game. All it did was distract and embarrass his daughter and ruin a teachable moment on powering through frustration.

Wolff says sports leagues need to set, and enforce, strict policies about sideline behavior. “At the start of the season, the league officials should state that they will not tolerate any obnoxious behavior by parents,” he says. “If you break the rule, you will not be able to attend games for the rest of the season. If you yell, throw a tantrum or use profanity, you will be asked to leave immediately. Word will spread quickly amongst the parents that the code of conduct is being enforced, and all the spectators will behave better.”

No rule mandates parents attend their kids’ games. While some kids enjoy having their parents in the stands, others prefer to play without the distraction or pressure of an audience.

“Many parents say they are there for their kids, but they are really there for themselves,” Sanderson says. “I never go to my sons’ sporting events. They are there to play with their friends. I’d rather pick them up after the game and ask, ‘Did you have fun?’ After that, it’s up to them to decide what details to share with me about their experience.”

Parents who choose to attend their children’s games need to remember to be positive and supportive and not coach from the sidelines or challenge the officials (remember those lollipops?). The National Federation of State High School Associations has launched a campaign on supporting student athletes, including a video with suggestions on how parents can curb their emotions and create memories with their children through athletics.

While the main objective in professional sports is to win, placing the goal solely on winning in youth sports sends kids the wrong message. The focus needs to be on development and the many life skills to be learned by participating in organised sports. Parents can help their kids set goals that are within their control, such as skills improvement and being a good teammate.

To keep game-time emotions in check, Bean suggests parents change their perspectives. “Instead of viewing a game as my child against your child, look at it as all of ‘our’ children participating,” he says. “This includes your child’s teammates, the kids on the other team and the referees, too.”

Parents should cheer for their child, their child’s teammates and even the kids on the other team. “When parents are in the stands, kids are always watching them and looking to see if they are pleased with them,” Wolff says. “So, behave like a grown-up and set a good example.”

O’Sullivan adds, “Parents need to remember that kids don’t need us to be at their games. We are there to serve them. Your kid only gets one childhood so help make it a fun one by supporting them, not embarrassing them.” 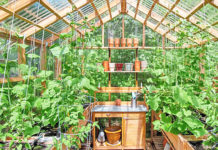 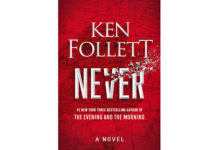 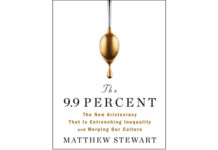