ANN/VIENTIANE TIMES – Two hydropower projects along Southeast Asia’s most important river have had measurable, but moderate, impact on water flow, sediment and fisheries, according to preliminary findings of a report by the Mekong River Commission (MRC) released last week.

With roughly one year of monitoring data, the MRC said it’s still very early in the process to draw any conclusions, as a multinational team of investigators for the MRC-Joint Environmental Monitoring (JEM) programme test protocols that measure five key indicators of the Mekong’s health: hydrology, sediment, water quality, aquatic ecology, and fisheries.

By testing this at two relatively new hydropower projects – the Don Sahong and Xayaboury – the MRC aims to create monitoring methods and standards that all hydropower operators on the Mekong mainstream will follow in the future.

Among its most significant findings, the monitoring teams observed that the overall river flow patterns did not change.

The MRC stated that the river’s ecological health was “good” at upstream dam sites, “moderate” within the dam impoundment sites, and “moderate” downstream of both dams. 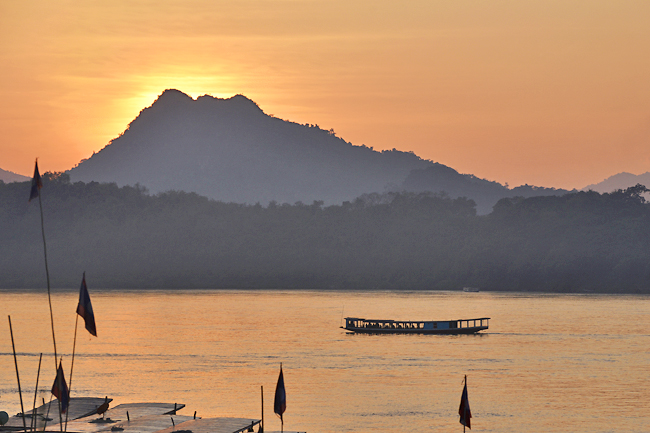 Once water passes through the dams, “there is little evidence of change in downstream water quality”.

The monitors also detected some daily water level fluctuation, downstream of the Xayaboury project in Laos – which could affect the ecosystem.

However, this didn’t occur downstream of the Don Sahong dam.

Finally, the team observed some changes in fish diversity upstream of Xayaboury, with some stability from 2017 to 2019 and a reduction in 2020. Downstream of the reservoir, diversity remains high.

Around Don Sahong, though, monitors observed puzzling findings, with a fish catch decline in northern Cambodia, but an increase immediately downstream of the dam.

“We must understand the scope of our challenges and identify the most effective methodology to measure it,” said MRC Secretariat CEO Dr Anoulak Kittikhoun.

“While this report sheds some light on the impact of hydropower, it’s too early to attribute every impact to the dams. Climate change and other developments are also factors.”

Overall, this Joint Environmental Monitoring report is part of a broader effort by the MRC – which represents member countries Cambodia, Laos, Thailand and Vietnam – to strike a balance between the economic and societal benefits of hydropower.

For this JEM pilot project, a diverse team of monitors tested their protocols for about one year, after COVID-19 caused signifi-cant delays.

Their report will likely become a foundation for both future policies and monitoring activities. As the report itself states, their findings can shape future hydropower projects “siting and design, prediction of changes relating to the project operation, and development, application and evaluation of mitigation and management measures”.

It can also provide a “basis for constructive discussions” between riverine communities and MRC members.