Over BND260K raised in Brunei Prihatin for orphans

Meanwhile, a contribution of BND2,888 was received from imagine subscribers with the mock cheque presented by Vice-President of Business Development and Partnership Haji Radziman bin Haji Abdul Rahman. He also presented a contribution amounting to BND1,126 raised from the ‘A-Dollar-A-Cheer’ charitable programme contributed during the month of Syawal in 1443 Hijrah. 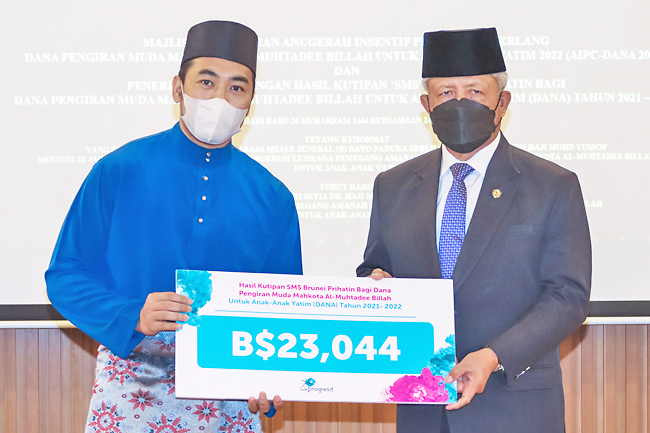 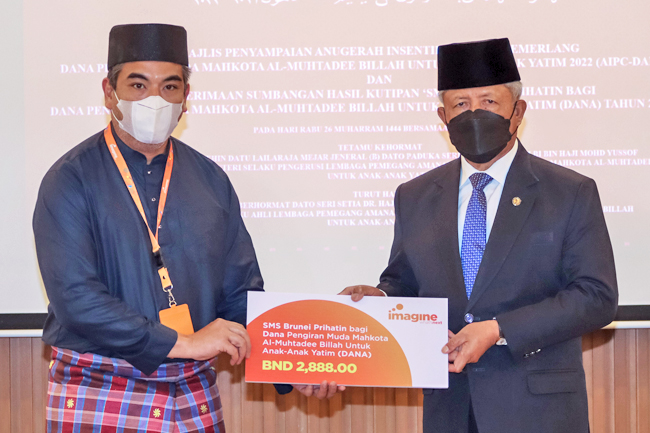 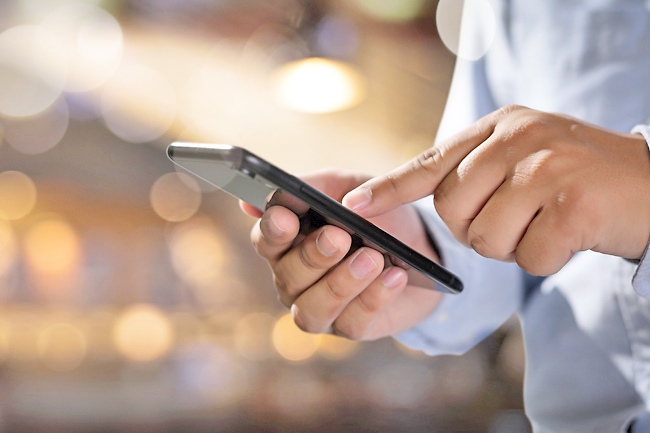