A total of 455 graduating students of Universiti Brunei Darussalam (UBD) took part in a Khatam Al-Quran and Doa Kesyukuran ceremony at the university’s mosque yesterday.

The religious ceremony, aimed at supporting national efforts in forming an ‘Al-Quran Generation’ and a Zikir Nation was held in conjunction with the 33rd UBD Convocation Ceremony. It was attended by 112 male and 343 female graduates who had completed the Khatam Al-Quran Mentorship Programme in their final semester.

The event also saw the presentation of bunga telur and certificates to mentors and participants of the Khatam Al-Quran accompanied by the Dikir Marhaban by the UBD Dikir, Nasyid and Tausyeh group. The annual programme is managed and coordinated by the religious officers of the Spiritual and Community Service Unit. 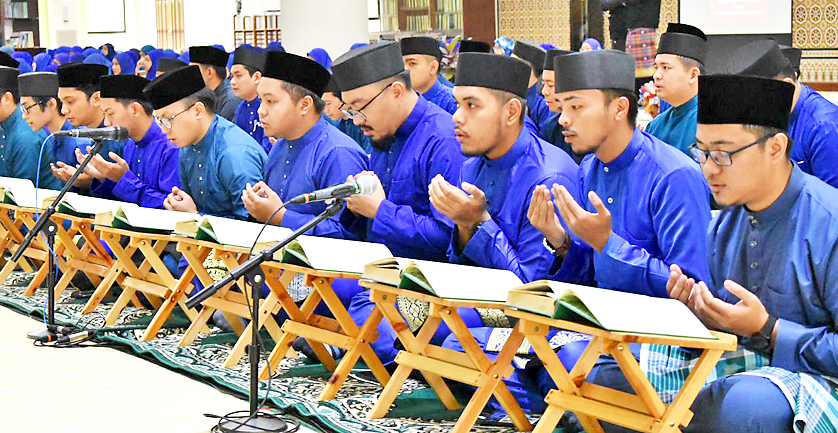