THE STAR – Single at 35, Rina S feels that she’s past her prime. The marketing executive has been through several failed relationships and has almost given up on ever finding a life partner.

Rina has received advice from countless well-meaning friends and even gone to see a relationship counsellor, but at this point of time, she is still trying to “figure it out”.

According to counselling psychologist and MY Confidential Association of Private Counsellors founder Johana Johari, there are many reasons why some singles have difficulties finding someone special.

“There are many reasons why a relationship fails, or why some singles have difficulties finding a life partner and keep going from one failed relationship to the next,” she said. “To understand this, we need to first understand the psychological stages of life one goes through.”

German-American developmental psychologist and psychoanalyst Erik Erickson (who coined the phrase ‘identity crisis’) said there are eight stages of psychosocial development that one goes through from infancy to adulthood: trust vs mistrust (age 0 to 1.5); autonomy vs shame (age 1.5 to three); initiative vs guilt (age three to five); industry vs inferiority (age five to 12); identity vs role confusion (age 12 to 18); intimacy vs isolation (age 18 to 40); generativity vs stagnation (age 40 to 65); and ego integrity vs despair (age 65+). 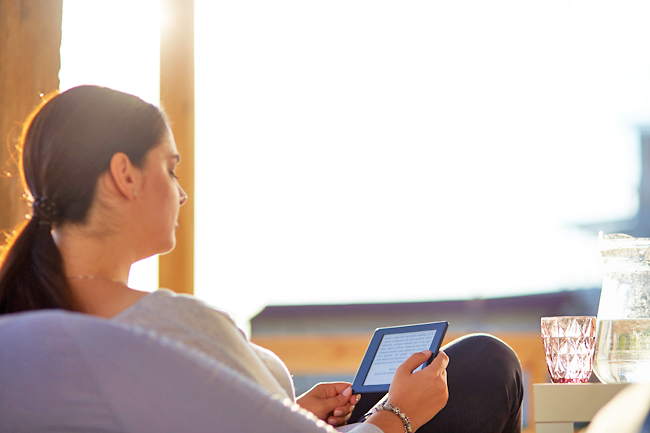 According to Erickson, each stage must be successfully completed for a healthy personality and good virtues – hope, will, purpose, competency, fidelity, love, care, and wisdom – to be developed.

Failure to complete any stage results in an inability to complete further stages, and might result in an unhealthy personality or sense of self, which will need to be resolved later in life, explained Johana.

“At the age of around 21-25, a person is at the ‘intimacy vs isolation’ stage. This is when they usually establish a relationship, or sometimes, not,” she said.

“It’s a crucial life stage that people need to go through. While some get through it naturally, others might not till much later. If they don’t find out what causes them to be isolated, they’ll continue to be alone. And it’s a bigger hurdle for them to overcome as they get older,” she said.

KNOW WHAT YOU WANT

Johana likens a relationship to shopping for a pair of shoes.

“If you don’t know what you’re looking for – namely, what kind of shoes – then you’ll still be going in and out of shops, and still not buying anything,” she said.

“If you succumb to peer pressure and get involved with someone just because others are in relationships, without knowing the kind of person you need in your life, or what really suits you, the chances of the relationship working out are slim,” explained Johana.

“Then, there are those who get into relationships for the most convenient reason – because the person is available at that point of time. But this isn’t a good reason because even though they are available, they might not have nor be what we need,” she said.

“This is one reason why relationships don’t work – two people with different needs get together but can’t connect on a deeper level and their needs aren’t met,” she added.

Johana said that if one doesn’t know themselves well and are unaware of their own personal needs, they might go into relationships blindly.

“They might go from one relationship to the next but it doesn’t get anywhere. So you really have to know what it is that you need,” she explained.

She gives another analogy: Choosing an ice cream flavour. “If you go to an ice cream parlour, there may be 30 flavours of ice cream to choose from. You may have some friends who know exactly what they like and they go in there without tasting any other flavours.

“This is because they’re very sure about what they like, or they’ve tried all the other flavours and reached the conclusion that this is the best ice cream for them,” she said.

“Then, there are others who go into the shop with a flavour in mind, but when they’re at the shop, they change their minds and start trying other flavours – because it looks interesting/attractive. But they end up not liking it and not finishing it,” she added.

She offered another comparison: Buying clothes. “If you’re going to buy an Armani suit, it’s very expensive so you wouldn’t want to buy it only to have to send it for alterations, so you’re most likely going to try it on first.

“A serious relationship is like buying something expensive so you’ve to put a lot of thought into it, whether you really need it, like it, and what are the reasons you want to have it,” she said.

Johana believes that everyone has a type.

“I too have a type,” she revealed, saying that before she met her husband, she was very specific about her type.

“He has to be tall, slim, fair, wear glasses, have wavy hair and a moustache, speak good English, be a gentleman and know how to take good care of me,” she described.

But when Johana revealed this to her friends, they laughed and said she was looking for the perfect man and that doesn’t exist. When Johana first met her husband though, he was all that she had described.

However, she is quick to add that it might not be the same for everyone.

“Some people may have a type, but when they fall in love, it might be someone totally opposite of their type.

“Perhaps it’s because their type is more of a ‘physical thing’ and those who are their physical type don’t really meet their psychological and emotional needs,” she explained.

While Johana believes there’s such a thing as “soul mates”, just because two people seem perfect for each other, it doesn’t mean there won’t be any teething problems at the beginning of the relationship.

“You still need to build the relationship and communicate in order for it to be healthy,” she said.

While it’s normal for singles to feel lonely, there are different types of loneliness, said Johana.

“If it’s physical loneliness, going out and having fun and socialising with friends is a good way to curb this.

“But if it’s psychological or emotional loneliness, then one needs to do some introspection to find out why they’re in that state, and perhaps talk to a counsellor,” she advised. Johana reveals that sometimes, older singles fill their life with other pursuits instead of an intimate relationship.

“For singles past a certain age and still single, we discovered that many are doing their Masters or PhD.

“Their pursuit of higher education has become their focus, and this might be a reason for them to not be in an intimate relationship. Others are very focussed on their work and ‘married to their career’,” said Johana.

“They’ve substituted an intimate connection with higher education or career so they don’t have time nor energy to invest in a relationship. Hence their attention is not on this,” she added.

Johana encourages singles to talk to a counsellor to find out what has prevented them from establishing an intimate relationship and what they can do about it.

“Talking to a counsellor helps them find out why they’re lonely and what they can do to get out of that state and establish an intimate relationship.

“There might be a fear of intimacy because of a childhood trauma or something that might have happened during their adolescence,” she said.

“The counsellor helps them overcome that, and get rid of wrong beliefs – such as being not pretty or good enough – which carry on into adulthood and might become a stumbling block and prevent them getting into a relationship,” she said.

For singles who have taken these steps and are ready to meet new people, Johana recommends focussing on common interests.

“If you’re into a particular activity, then by joining such activity groups, you’ll meet like-minded people with the same passion that could be potential candidates,” she concluded.