XINHUA – Over 20 turtle footprints have been found at a dinosaur fossil site during field research carried out by the Zhucheng Dinosaur Culture Research Center in east China’s Shandong Province.

The turtle footprints were found in the middle and upper part of the dinosaur tracks at the Huanglonggou dinosaur tracks fossil site in the city of Zhucheng, according to the research centre.

Among the discoveries, a well-preserved turtle track was identified as a new taxon, named Zhuchengichnites perfectus, which means “the complete footprint found in Zhucheng”, said the research centre.

The rock formation of Zhuchengichnites perfectus dates back to the early Cretaceous period. It is a concave footprint with five toes, with the length larger than the width, it added.

According to the researchers, fewer turtle footprints have been discovered in China compared to those of dinosaurs.

Zhuchengichnites perfectus is one of the most well-preserved turtle footprint fossils found to date and reflects the biological characteristics of the tracer’s feet, providing new references for the study of footprint formation mechanisms.

Rich in dinosaur fossil resources, Zhucheng is known as the dinosaur city of China. Since the 1960s, more than 30 dinosaur fossil burial sites have been discovered there, with a burial area of nearly 1,000 square kilometres. 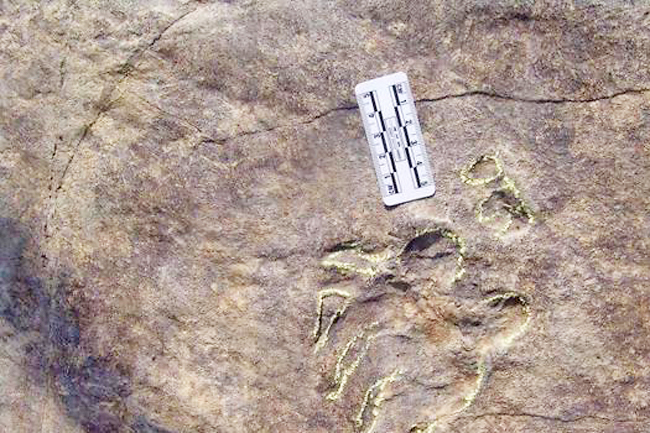