Over 1,000 kilogrammes of chicken meat were recently confiscated from three separate locations, in what is believed to be the largest haul of dubious meat in recent weeks.

On January 4, the Halal Food Control Division of the Syariah Affairs Department seized 45.4kg of chicken wings and 60kg of poultry items from a food premises in Jerudong.

Enforcement officers from the Royal Customs and Excise Department (RCED) joined the integrated operation, which was based on information concerning dubious chicken meat being smuggled into the country.

The inspection was then extended to the suspect’s house, where another 460kg of chicken wings and 430kg of poultry items were found in the freezer.

The meat was sourced from a European abattoir not recognised by the Brunei Islamic Religious Council (MUIB), and brought into the country without a Halal import permit.

The case was handed over to the RCED for further action. 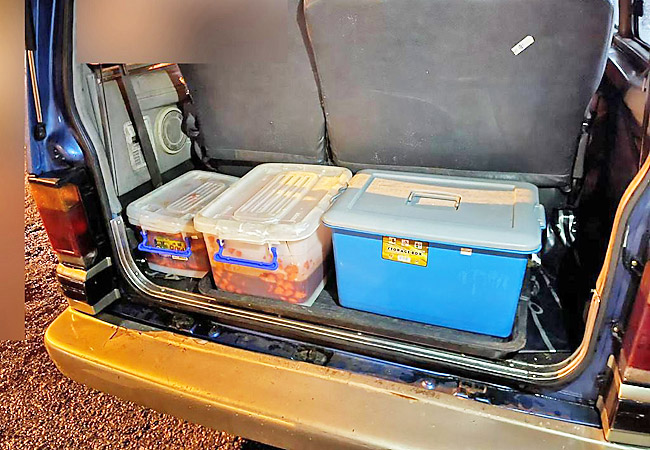 The Halal Food Control Division also acted on information regarding dubious poultry items in a van parked at another location in Jerudong.

On inspecting the van, enforcement officers found 48.8kg of chicken wings and parts, without a Halal import permit.

The products are also believed to have been supplied to a Halal-certified restaurant in Jerudong. A further inspection found 52.1kg of chicken wings and parts on the premises and a nearby grilling station.

During preliminary investigations, the suspect admitted to obtaining the chicken wings and parts from an unknown person.

The confiscated chicken meat, lacking the Halal logo of the Brunei Islamic Religious Council, was brought to the Halal Food Control Division headquarters.

As the case involves restaurants, it will also be investigated under Section 37 of the Halal Certificate and Halal Label Order, 2005, for failure to comply with the Halal certification and the Brunei Islamic Religious Council requirements.

The Halal Food Control Division urged the public to convey information on meat smuggling activities through its hotline at 7166222 or office branches in each district.

The public is also reminded that all Halal meat brought into the country must have a valid Halal Import Permit, in accordance with the prescribed procedures.

The Halal Food Control Division, together with other enforcement agencies, will continue regular patrols and operations, to ensure adherence to the country’s laws and regulations.