Over 100 people participated in a cleaning campaign at the Al-Muhtadee Billah Mosque compound in Kampong Sungai Kebun recently.

The campaign was a continuation of the cleaning campaign in the city centre earlier in the month and was in support of the Green Protocol Guideline launched by the Brunei Darussalam National Climate Change Council.

The campaign aimed to increase awareness and the sense of personal responsibility when it comes to maintaining a clean, pristine and healthy environment around the country. 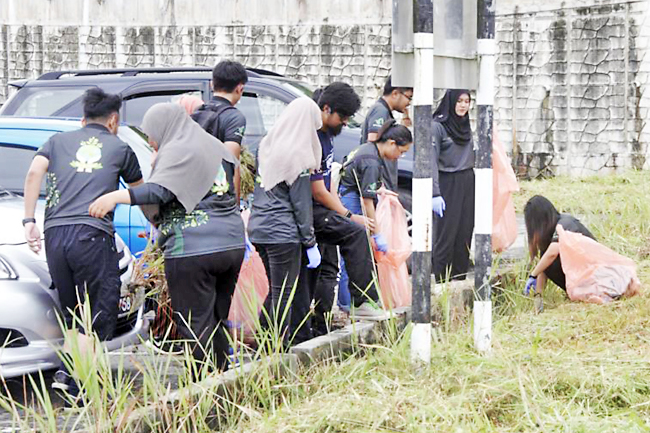