Osaka had not played a competitive match since losing in the first round of the French Open due to a left Achilles tendon injury.

“It’s really cool to be back playing,” Osaka said after the victory. “I haven’t played since May. I didn’t know that. Somebody told me that. It’s really good to be back.”

Former world number one Osaka, whose ranking has slid to 41st, will play for a quarter-final berth against 18-year-old American sixth seed Coco Gauff, this year’s French Open runner-up. 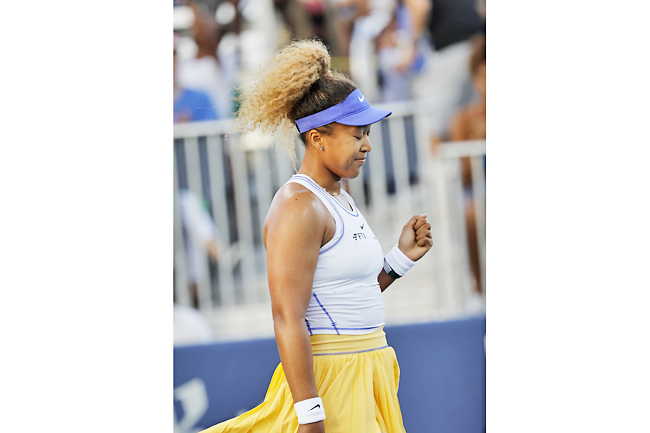 In the first set of her return match, Osaka broke Zheng for a 2-1 lead, saved a break point to hold in the fourth game and held from there to capture the first set after 45 minutes with a service winner.

World number 51 Zheng broke for a 5-3 edge in the second set and held at love on a service winner to force a third set.

Osaka broke twice for a 4-0 lead in the final set, denied Zheng’s fightback bid with a second-serve ace on a break point and held for a 5-0 lead.

After Zheng held, Osaka did the same to capture the match on a service winner after two hours and two minutes.