Forty-five Unified National Networks (UNN) officers and staff recently participated in a fire safety briefing by the Public Relations Division of Operation ‘A’ Branch of the Fire and Rescue Department (FRD).

The briefing at UNN, Sumbiling aimed to raise awareness on the dangers of fire as well as instilling a sense of responsibility on fire safety.

HSE officers under UNN also participated in the briefing.

Meanwhile, 41 staff members from the Department of Electrical Services (DES) took part in a three-day fire marshal course with the first group attending on August 29 to 31, and the second group on September 5 to 7.

The course was organised by the Operation ‘G’ Branch Public Relations Division of the FRD.
Participants learnt the proper use of fire extinguishers and procedures in carrying victims. 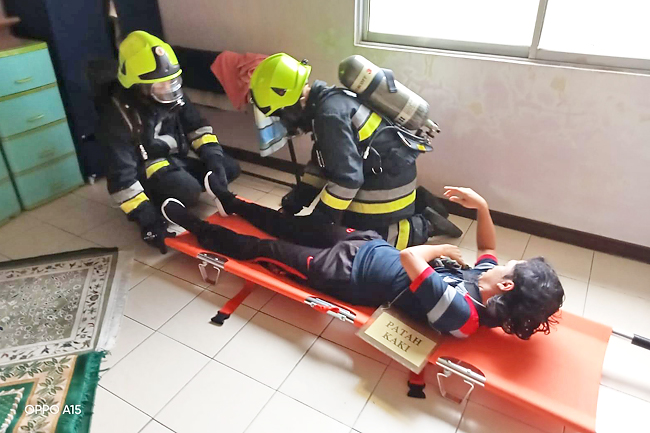 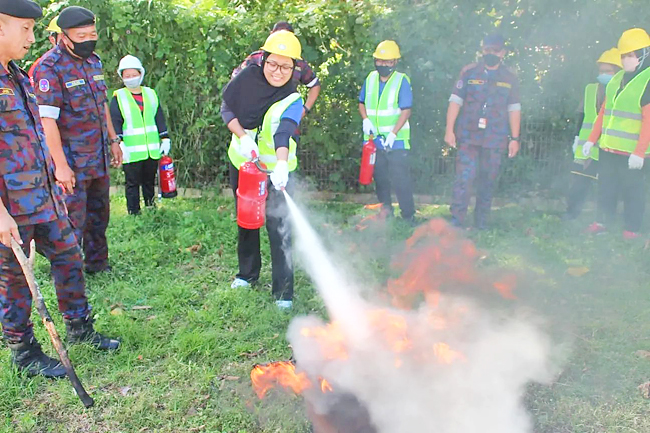 Participants also learnt the importance of fire safety in theory and practice in terms of the cause of fire, knowing the correct actions to take when a fire occurs at work through a systematic building evacuation, and procedures to correctly use fire extinguishers and fire blankets.

They also visited the Bangar Fire Station to learn about firefighting equipment.

The course was facilitated by Public Relations Division of Operation ‘E’ Branch under the FRD at Tutong Chung Hwa School.

The course exposed participants to fire safety through theory and practical sessions including an in-house fire drill exercise for the teachers.

They learnt about the causes of fire, actions to take when confronted with fire incidents in the workplace as well as carrying out an evacuation exercise systematically and the correct way of saving oneself if trapped inside a building duringa fire.

The participants also visited the Women’s Operations Unit of the FRD.