Opportunity of a lifetime

Brunei pilgrims following the Darussalam Holdings Sdn Bhd package are currently in Madinah and will make their way to Makkah on Friday and Saturday.

The pilgrims in Madinah performed prayers at Nabawi Mosque, some 50 metres from the Dallah Taibah hotel as well as visited a date farm, Mount Uhud (the site of the second battle between Muslims and non-believers) and Quba Mosque, which holds significance to Muslims as it was built by Prophet Muhammad (pbuh).

The pilgrims also had the privilege to perform Asar and Sunnat prayers and supplications at Raudhah, a small area inside the Nabawi Mosque that extends from Prophet Muhammad’s (pbuh) tomb to his pulpit.

Also called the Garden of Paradise, it is the most sought-after spot at the mosque.

A pilgrim, Nor, said the visit to Raudhah was an emotional one as not many people get to spend over 30 minutes there, performing prayers and supplications and visiting the tombs of the Prophet and his companions Sayyidina Abu Bakar As Siddiq and Sayyidina Omar Al-Khattab.

Two other travel agencies responsible for the Haj pilgrimage are Straits Central Agencies (B) Sdn Bhd and Al-Hijrah Travel and Tours Sdn Bhd. 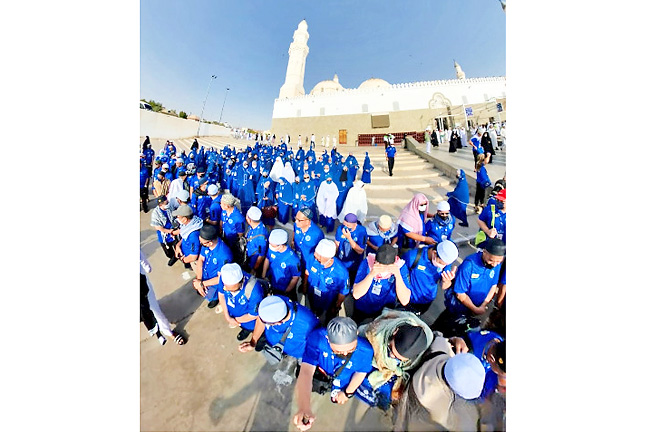