TUNIS, TUNISIA (AP) — Tunisian authorities ordered a curfew in regions in southern Tunisia after at least a man was killed and dozens of people wounded, two seriously, in tribal clashes that broke out over a land dispute.

According to the official TAP news agency, the curfew from 4pm to 5am, starting on Monday, was decided by governors of Medenine and Kebili to prevent further violence.

The inhabitants were fighting over the ownership of an area called Aïn Sekhouna, located between the two and boasts a hot spring in the middle of the desert. The governorates of Medenine and Kebili are close to the Libyan and Algerian borders.

According to the official TAP news agency, security forces backed by military units used tear gas to disperse those involved, many of whom were armed with sticks and shotguns.

The security forces union reported 83 wounded who were transferred to nearby hospitals using ambulances from surrounding areas. TAP reported that four security officers were injured in the clashes and a security vehicle ransacked.

Prime Minister Hichem Mechichi gave instructions to the ministers of the interior and of defence to hold a crisis meeting in the hope of finding a solution to the dispute “by legal means”.

Tunisian President Kais Saied travelled by helicopter to the disputed area. He urged residents to make reason prevail over violence and warned against internal threats to the Tunisian state, without providing details.

Meanwhile, Mechichi, on a visit to France on Monday, said he agreed with French Prime Minister Jean Castex on the need for a greater cooperation between the two countries on migrant issues, especially through development and investment policies in Tunisian regions where people entering illegally into Europe come from, according to TAP.

France said the visit comes out of solidarity between the two countries following an October 29 extremist knife attack that killed three people in. The chief suspect is a Tunisian man who illegally entered into Italy and then travelled to France. 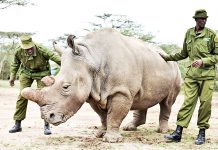 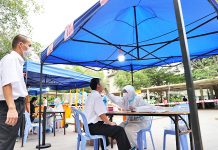