A two-car collision on the road in Kampong Batu Ampar Limau Manis, Mukim Pengkalan Batu on June 11 resulted in a fire in one of the vehicle’s engine and interior.

Eleven firefighters in two fire engines from the Pengkalan Batu Fire Station led by DSO Haji Abnoh bin Haji Deli rushed to the scene of the incident, which happened around 7.55pm.

The two drivers had already exited their vehicles before the firefighters arrived. Firefighters wore respirators and extinguished the fire with three hoses. One driver sustained injuries on his knee and was taken to Raja Isteri Pengiran Anak Saleha (RIPAS) Hospital.

The Fire and Rescue Department (FRD) advised car owners to always inspect their vehicle engines for leakages before driving, as leaked fluids are flammable.

Road users are also urged to comply with traffic regulations, in addition to belting up while driving and exercising caution during bad weather conditions, as well as to always practice tolerance among one another, and avoid taking medications that can cause drowsiness while driving. 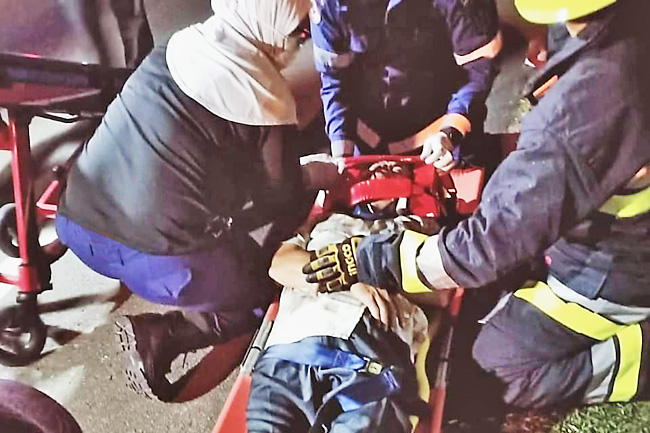