One arrested in massive contraband bust

A 24-year-old local man was detained for possession of a massive store of contraband during a recent raid in Kampong Pengkalan Batu, according to the Royal Customs and Excise Department (RCED).

The raid uncovered 7,145 cans and 468 bottles of alcohol as well as 1,710 cartons of cigarettes, said the RCED, adding that BND6,880 believed to be proceeds of contraband sales were also seized.

It is an offence under Section 146 of Excise Order 2006 to possess contraband, said the department.

The public can provide information on smuggling activities by calling 8714422 or 8721422 or visit any RCED office. 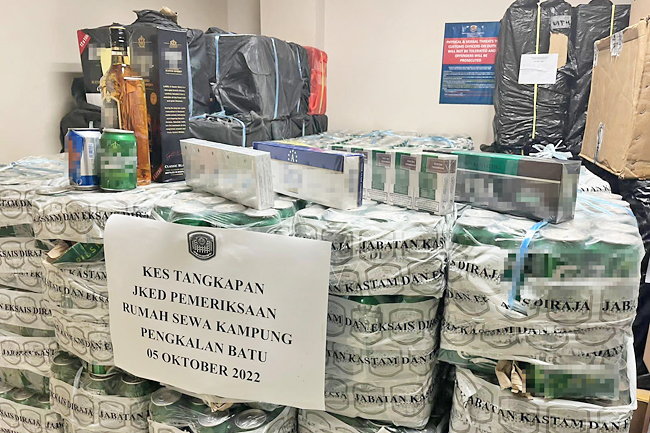