On the road to modernisation

Contributed by Ambassador of China to Brunei Darussalam Yu Hong

Two weeks ago, the 20th National Congress of the Communist Party of China (CPC) concluded successfully. General Secretary of Central Committee of CPC Xi Jinping put forward the goal of advancing the rejuvenation of the Chinese nation on all fronts through a Chinese path to modernisation.

After the far-reaching reform and opening-up, with the spirit of “crossing the river by feeling the stones”, China has successfully embarked on the path of modernisation with Chinese style.

With close to 100 million poor rural residents having been lifted out of poverty, China has achieved the poverty eradication goal of the United Nations (UN) 2030 Agenda for Sustainable Development 10 years ahead of schedule.

China has built the largest education, social security, and healthcare systems in the world. 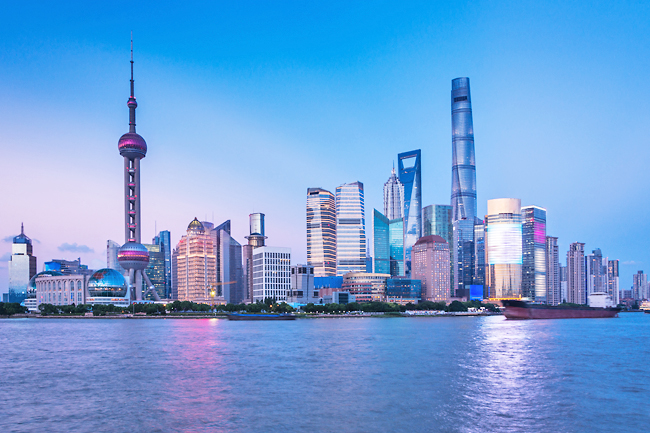 The people’s quality of lives and the level of social sharing have made historic progress and an all-round jump.

China ranks 11th on the Global Innovation Index (GII) 2022, rising for 10 consecutive years and ranking first among upper middle-income economies. China contributed to around a quarter of the world’s afforestation area, and its carbon dioxide emission per unit of gross domestic product (GDP) dropped about 34 per cent compared with 10 years ago.

Its carbon intensity in 2020 was nearly 50 per cent less than that in 2005, which means China has over-fulfilled its commitment to the international community.

China’s share of the global economy rose to 18.5 per cent, making it one of the most robust economies in the world. Data from the World Bank showed that during the 2013-2021 period, China’s contribution to global economic growth averaged 38.6 per cent, higher than that of the G7 countries combined.

China has become the major engine for the world’s economic growth and a major trading partner of over 140 countries and regions.

Since 2017, China has ranked the second in attracting foreign investment for four consecutive years across the world, with its outbound investment flow ranking among world’s top three.

The economic and trade cooperation under the framework of Belt and Road Initiative has also been promoted with high quality.

Practice has shown that the Chinese path to modernisation contributes new solutions to the problems faced by mankind.

China develops itself with its own strength, and China’s development strengthens the forces for peace, enhances the strength of developing countries, and will bring important opportunities and tangible benefits to countries around the world.

China has maintained consistency and stability of its foreign policy, and stays committed to safeguarding world peace and promoting common development.

China will continue to take relations with neighbouring countries as a top priority of its overall diplomacy, with ASEAN high on the agenda.

China will work with ASEAN to build a peaceful, safe and secure, prosperous, beautiful and amicable home together, jointly safeguard the hard-won peace and stability in the region, and foster a more equitable and reasonable global governance system.

Since the outbreak of the pandemic, China and ASEAN member countries have worked together to fight the epidemic and overcome the difficulties together, setting a good model of anti-pandemic cooperation across the world. It is even more encouraging that China-ASEAN economic and trade cooperation has bucked the downward trend, with the Belt and Road Initiative cooperation yielding fruitful results.

Chinese modernisation has also promoted the relations between China and Brunei to continuously achieve new development.

Practical cooperation between the two countries in various fields has continued to expand, bringing tangible benefits to the people of both countries.

Brunei has joined the Group of Friends of the Global Development Initiative (GDI), and both sides are working to speed up the implementation of the UN 2030 Agenda for Sustainable Development. In the first nine months this year, the trade volume between the two sides reached USD2.26 billion, an increase of 8.4 per cent year-on-year.

Also this year, the Chinese Embassy in Brunei Darussalam set up and presented the Chinese Ambassador Award to 14 Bruneian students for the first time, encouraging them to contribute to the diversification of Brunei’s economy and participate in friendly exchanges and pragmatic cooperation between China and Brunei.

The Sino-Brunei joint venture Hengyi Industries, through its Hengyi Future programme, has established scholarships and collaboration programmes with Chinese and Bruneian universities and institutions, benefitting hundreds of Bruneian students. The two sides have huge potential and broad prospects to further expand bilateral cooperation. While China has Chinese-style modernisation, Brunei also has the Brunei Vision 2035 with Brunei characteristics, both aiming to achieve people-centred national development and progress.

All countries should follow their own realities and blaze a path of modernisation that suits them. This is the charm and beauty of human development. A bosom friend afar brings a distant land near. China is willing to work with Brunei to strengthen exchanges on the road to modernisation, support each other in the process of benefitting people’s well-being, achieve common development and prosperity and jointly embrace a better future.