Indera Sports Club (ISC) has been widely recognised as one of the leading clubs in the country’s football top flight in recent seasons and has earned a reputation as genuine title contenders.

The club rose to prominence when they won the newly-introduced Brunei Super League (BSL), organised by the National Football Association of Brunei Darussalam (NFABD) in 2013, making them the first ever champions. They retained the title the following year before coming close in the 2016 title race.

In the early days, the club was known as Kilat FC, but later changed to Indera Football Association. Then three months later, it was renamed Indera Football Club with its focus entirely on football.

At present, the club is led by Pengiran Anak Haji Mohd Yassin bin Pengiran Anak Safiuddin as President. With Haji Ameer Aziz-Hakim bin Haji Abdul Lani taking the reins as head coach, backed by assistant coach Edie Fakhri, the club looks to be a force again amid intense competition from other domestic clubs that have strengthened. Since its establishment, Indera have made a mark on the domestic scene as a successful football team by winning a number of local championship titles.

The club has also produced a host of talented, skilled and top-quality football players who have gone on to represent the country in international meets.

In 2010, the club management decided to change its name to Indera Sports Club, which has remained unchanged to these days.

Arguably, the most recognisable figure in their record books is Rosli Liman, a legendary midfielder widely remembered for his heroics during the M Cup final against Sarawak in 1999, where his two-goal display led the Brunei team to the title.

The Super League title race in 2016 went down to the wire as Indera battled for a third crown against fierce rivals MS ABDB with both teams level on points in the final day of the season. However, the club missed out on the title after a loss to the army personnel, in which a victory would have helped secure them the crown.

After two seasons without silverware, the club finally ended the drought and added the FA Cup to their trophy collection in 2018.

In October 2018, NFABD implemented the Club Licensing System (CLS), issued by the Asian Football Confederation (AFC) and the NFABD to all participating clubs in the Brunei Super League, Premier League and Regional League.

ISC became the country’s sole representative in the qualifying round of the AFC Cup after they were granted the AFC Licence in November 2019.

Gaining club licensing status earned them a place in the continental competition organised by the AFC where they were drawn against Myanmar’s Yangon United and subsequently put Brunei on the regional map.

With the implementation of the CLS, Indera SC introduce the ISC Youth Development Programme, one of the key criteria in applying for the AFC Club Licence.

One of the positive steps in establishing the programme is to improve the standard of local football, which will help the NFABD to find potential and talented players for the national team.

In 2019, following the introduction of the Youth Development Programme, Indera SC successfully formed youth teams at under-12, under-16, under-19 and under-21 levels.

The under-16s and under-19’s participated in the NFABD youth competitions in May 2019. Two months later, the under-12 team was crowned champions in Group ‘B’ of the National Grassroots 4×4 Game Festival supported by the Japan Football Association (JFA). 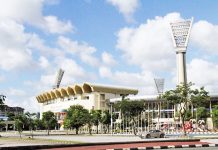 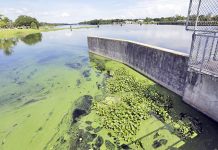 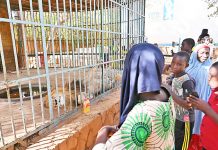