On the brink of extinction again

POSSESSION ISLAND, FRANCE (AFP) – Once hunted to the brink of extinction, the thousands of king penguins that densely congregate on the remote Possession Island each year now face a new threat: climate change.

The birds spend most of their life at sea, but come breeding time in December half the world’s population flock to the islands in the southern Indian Ocean’s Crozet archipelago, roughly halfway between Antarctica and the southeastern tip of Africa.

A specialist in penguins at Finland’s University of Turku Robin Cristofari, looks out on a colony massed at a bay on Possession Island.

“This species was not very far from extinction” after being massacred by seal hunters from the end of the 19th Century to the first half of the 20th, he said.

When the hunters ran out of seals to kill, they used the penguins as fuel, burning them to melt seal blubber in cauldrons, said Cristofari.

For a short time they even made penguin oil, “but it was not good quality”, he added.

The king penguin population rebounded in the latter half of the 20th Century, but their numbers plateaued around 20 years ago. 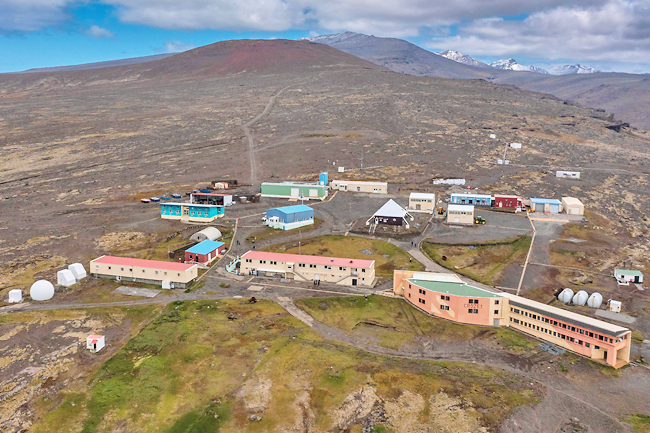 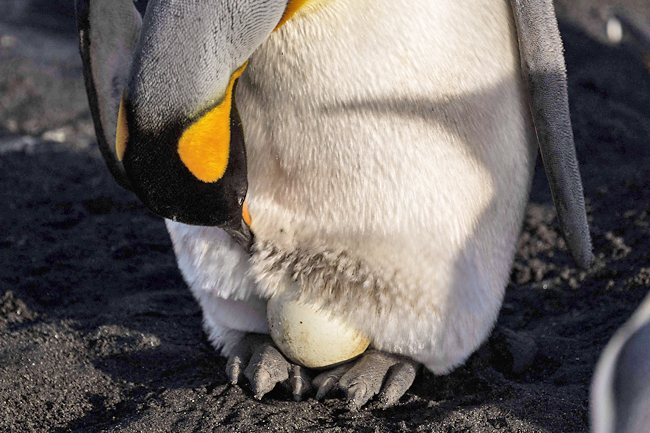 He was the lead author of a 2018 study that found that global warming was on track to wipe out 70 per cent of the world’s king penguins by the end of the century.

King penguins stand just under a metre tall and sport black-and-white tuxedos accessorised with bright orange on their necks and beaks.

They only return to land to breed, and are very picky about where they do so.

It must be a dry place, without winter sea ice around the island, and have a smooth beach of sand or pebbles as well as plentiful, accessible sources of food.

This means breeding spots need to be close to the Antarctic Polar Front, where cold waters from the south converge with warmer northern flows to create an area abundant with fish, squid and other marine food.

In January, the polar front is usually 350 kilometres south of the Crozet archipelago.

But during hot years it can be up to 750 kilometres away – too far for penguins to get food and quickly return to their hungry hatchlings and relieved partner.

“Reproductive success is directly related to the distance from the polar front,” Cristofari said.

But with the polar front drifting southwards as human-driven climate change warms the world, the Crozet Islands could soon become uninhabitable for king penguins.

And that would leave the flightless birds with only a handful of islands to the south, many of which cannot sustain large breeding colonies.

“We are not worried about the species, the population will not disappear in the next 50 years,” Cristofari said. But their way of life could be seriously disrupted, he said.

King penguins live for about 25 years and have their first chicks aged about six or seven.

Out of more than a million breeding pairs worldwide, around half breed on the Crozet Islands.

They typically arrive in early November, selecting and mating with the partner with whom they will stay faithful for a year.

The parents share equal responsibilities during the 50-day incubation period and the first month after the chick hatches.

Cristofari said the “playful and curious” birds barge into the gigantic nesting colonies on the islands, carefully waddling with their egg nestled between their feet.

Finding a place among the crowd, the partners take turns using their bellies to warm their precious future offspring, Cristofari said.

The parent not caring for the egg or chick heads out to sea in search of food.

Their partner back on land can go a month without eating.

The chicks are well fed until May then fast during the Southern Hemisphere’s winter.

The parents come back to feed their offspring occasionally until spring.

“The cycle is timed to make it as easy as possible for the chick to start feeding on its own, ideally during the peak of summer,” Cristofari said.

Then, a full year after hatching, the hungry penguins enter the water to catch their own food for the first time.