LONDON (AFP) – Britain’s Booker Prize for fiction yesterday holds its first large-scale awards ceremony since 2019 with six novels in the running – including the oldest author yet nominated, and the shortest book.

Queen Consort Camilla awarded the coveted prize at the televised ceremony, in one of her highest-profile appearances since her husband King Charles III ascended the throne last month.

The evening event also featured a speech by singer-songwriter Dua Lipa, as it resumes in front of a full in-person audience following the pandemic.

All but one of the six shortlisted authors was due to attend in person. Englishman Alan Garner, who turned 88 yesterday, was expected to appear virtually.

Garner, who made his name with children’s fantasy titles, is shortlisted for Treacle Walker, which is the shortest finalist novel by word count.

“They’re not easy books, even though they may be short,” Neil MacGregor, chair of the 2022 judges, said of the final six.

“But, like many great pleasures, some require hard work, and we found them well worth the effort,” he said.

The shortlist sees an equal split of men and women battling for the GBP50,000 prize.

NoViolet Bulawayo made it for the second time, for Glory, an animal fable set in her native Zimbabwe, while Sri Lanka’s Shehan Karunatilaka was the only other writer not from the British Isles or United States, for The Seven Moons of Maali Almeida. 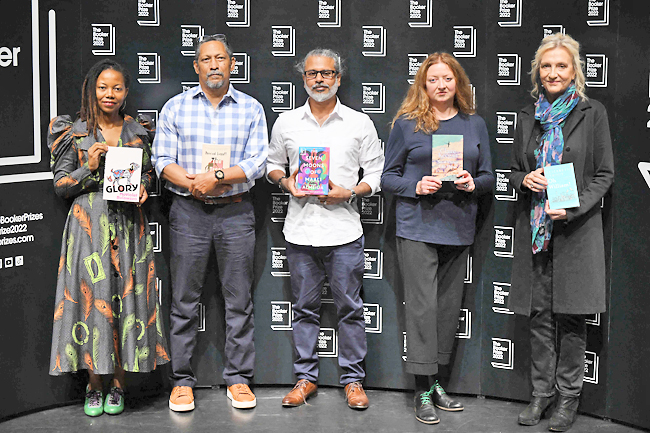