THE WASHINGTON POST – With chocolate, you can make a dense cake or a creamy mousse or a fluffy souffle – each delicious in its own way. What you choose is based on your preferred texture. Same goes for literary themes, such as feminism or self-discovery.

At other times, you want something light and airy, and that’s where Pamela Redmond’s Older comes in.

The sequel to her spun-sugar Younger finds protagonist Liza turning 50 after two years of quiet.

Fans of Younger the book, and its TV series adaptation, know the basics: When Liza’s daughter Caitlin went off to college, Liza wanted to go back to work in publishing.

However, she knew the child-rearing gap in her resume could work against her – so she pretended those years never happened, and with the help of good genes, a wardrobe overhaul and a primer on millennial culture from an artsy friend, she manages to pass for a 20-something. 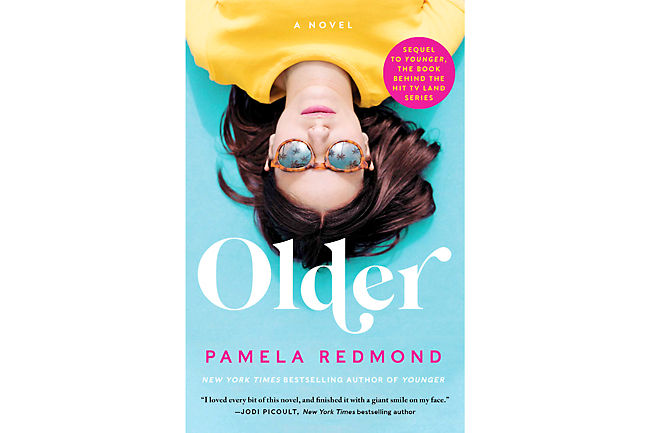 She nails the job, starts dating a very young man she meets at a bar and faces dilemmas, often sexist, sometimes hilarious and always relevant, bringing her to the conclusion that to truly know herself, she needs to meet herself where she is. Hence the two years away.

Like Younger, Older contains a lot of wisdom between its one-liners (“Your poor little feet look like hooves,” a celebrity aesthetician cries; “Mom, you’re wearing as much makeup as a Kardashian,” Caitlin observes).

And the dilemmas keep coming: While Liza wants fulfilling work, the now-married Caitlin is pregnant with her first child and begs Liza to stay close to home; while Liza wants a fulfilling relationship, the too-young Josh keeps popping up, trying to get back together. Liza eventually relocates to Los Angeles after accepting a friend’s invitation to help write the screenplay for the (fictional) Younger.

After a few wacky adventures, she quickly realises that she’s living a fun life, but it’s really
someone else’s.

Redmond doesn’t disappoint her readers by making Liza give up on a fairy tale, however. The male lead cast in the television adaptation is Hugo Fielding, the hot, handsome and ageing star whose very name is enough to make the women in Liza’s life turn into smitten middle-school kids. Turns out Hugo has the hots for Liza – but can she trust her own feelings toward him?

Older explores what happens when a woman rejects societal expectations, embraces her experiences and trusts her gut. If, while doing so, she happens to have a happily-ever-after moment? Why not? At the end of this tumultuous year, perhaps we can all use a little magic in our reading lives.