Officials told to be proactive against bid rigging

Procurement officials must play a proactive role in “Deter, Detect and Report” bid rigging. Measures must be taken to prevent bid rigging from happening.

This can be initiated by adopting practical steps in designing pro-competitive tender documents. Procurement officials are advised to be vigilant on signs of bid rigging as a way to detect bid rigging.

Any suspicions on bid rigging conduct may be reported to the Competition Commission of Brunei Darussalam (CCBD) by providing information and documents such as tender bids, correspondences as well as record of suspicious behaviours and statements.

This was highlighted by the CCBD through its Executive Secretariat during a dialogue session with officials from the Maritime and Port Authority Brunei Darussalam (MPABD) in particular, its Internal and Quotation Committee, Asset Management Division and
Finance Division.

CCBD stressed that bid rigging is one of the most harmful types of anti-competitive conduct. 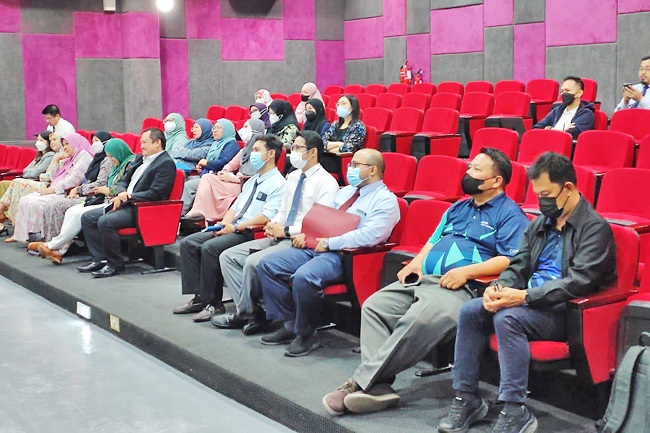 Tenderers must prepare and submit their bids independently and refrain from participating in any discussion or coordination on the bids with their competitors.

The collusive practice is strictly prohibited under the Competition Order 2015.

Any form of collusive behaviour can have an adverse effect on a country’s economy and government expenditure. Hence, it is important for the procurement agencies to take preventive measures to reduce the risks of bid rigging.

The CCBD Executive Secretariat began the session by providing an overview of CCBD’s institutional framework as an independent quasi-judicial body mandated to enforce the Competition Order, 2015.

The session also deliberated on the Competition Order, 2015, particularly the three key prohibitions under the Order namely Anti-Competitive Agreements, Abuse of Dominant Position, and Anti-Competitive Mergers.

The session highlighted the harmful effects of bid rigging which include increased prices and compromised quality of goods.

Bid rigging refers to agreement (written or oral) between bidders or potential bidders to manipulate the bidding process by collectively pre-determining the bid winner.

Consumers, including the government, may be heavily affected by it as public procurement accounts for significant amount of government expenditure.

The session concluded with a question and answer segment and an interactive quiz to further enhance the understanding and awareness of participants on the Competition Order 2015.