Syed Saddiq did not inform of expenditure list for GE14 campaign: MACC officer

BERNAMA – A Malaysian Anti-Corruption Commission (MACC) investigation officer told the High Court yesterday she did not know of a list of 10 expenditures for the campaign in the 14th general election (GE14) amounting MYR171,675 as submitted by Syed Saddiq Syed Abdul Rahman (Bernama pic, below) to the Election Commission (EC).

Nurul Hidayah Kamarudin, 33, who was called back for cross-examination by the defence team made the statement when asked by counsel Gobind Singh Deo, representing Syed Saddiq at the criminal breach of trust (CBT) and money laundering case trial of the Muar MP before Judicial Commissioner Datuk Azhar Abdul Hamid.

During re-examination by deputy public prosecutor Muhammad Asyraf Mohamed Tahir, the 28th witness said Syed Saddiq did not inform her of the expenditure declaration for GE14 to EC while recording the accused’s conversation.

“He only told me to refer the expenditure document to Amshar (the individual said to be managing the personal and political finances of Syed Saddiq). However, Amshar denied managing the receipts of payment for GE14 in 2018,” she said.

The prosecution rest its case after calling 30 witnesses to testify and the court set October 6 and 7 for oral submissions by both parties.

Syed Saddiq, 30, is charged as the then Bersatu youth wing or Armada chief, who was entrusted with control of its funds, with abetting Rafiq Hakim with CBT of MYR1 million in funds belonging to the wing at CIMB Bank Bhd, Menara CIMB KL Sentral, Jalan Stesen Sentral 2 on March 6, 2020. 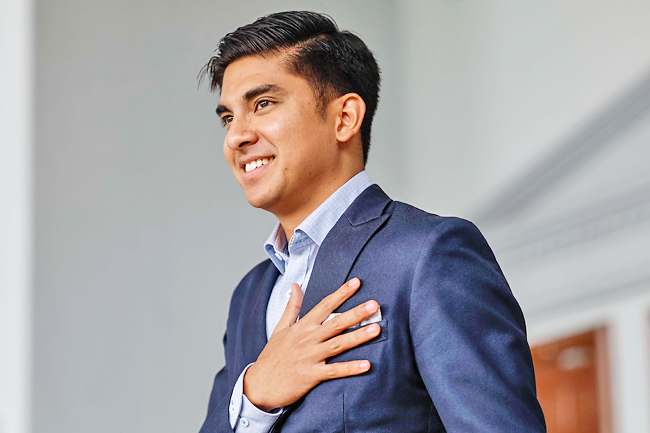