KABUL (AFP) – Aid groups say they have been “pushed against a wall” by the Taleban prohibiting Afghan women from working for non-government organisations (NGOs), a ban that has left a dangerous gap in life-saving support.

Afghanistan’s NGOs have been instrumental in trying to address one of the world’s worst humanitarian crises, with half the country’s population hungry and three million children at risk of malnutrition.

“It is impossible for us to continue our activities in the country if we don’t have women as part of our organisations at all levels,” a senior official at International Rescue Committee (IRC) Samira Sayed-Rahman told AFP.

Some 1,260 NGOs operate across Afghanistan, with thousands of women workers providing services in healthcare, education, water and sanitation. The IRC is one of several NGOs – along with CARE and Save the Children – that have suspended operations while they urge the Taleban to revoke the ban.

The discriminatory Taleban policy will see thousands of women lose their jobs and many more cut out of aid loops, workers say.

“The Taleban have pushed us against a wall,” said a senior official at a foreign NGO, who asked not to be identified. 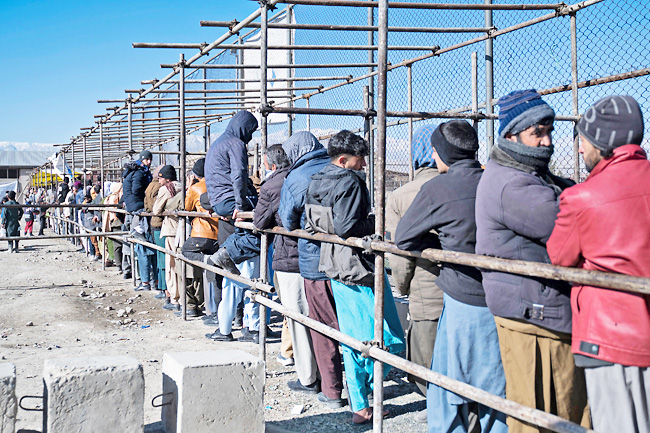 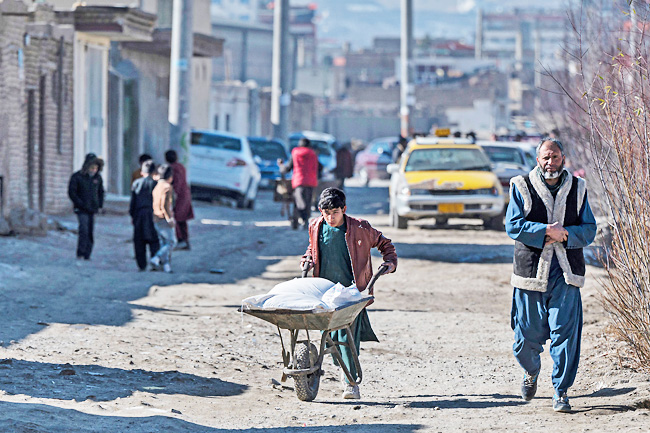 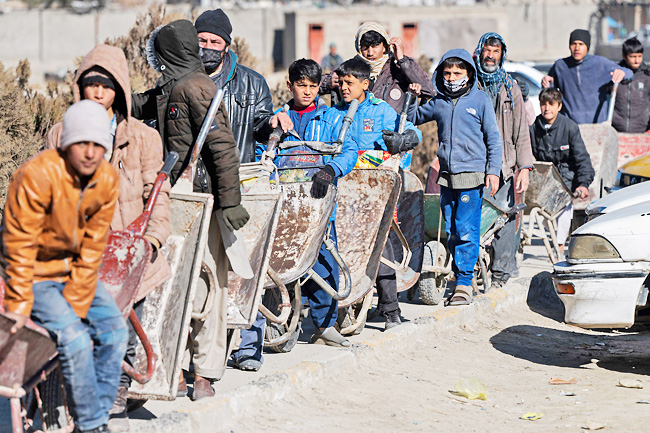 “They tell us, ‘If you choose to leave instead of obeying our rules, then the (humanitarian) situation will only worsen’.”

The ban was one of two crushing orders released in rapid succession last month: just days earlier, Taleban authorities banned women from university education. It was the culmination of a slew of drip-fed restrictions on women’s lives.

In deeply conservative and patriarchal Afghan society, it is widely considered inappropriate for a woman to speak to a man who is not a close relative.

CARE provided aid to about half a million women and children in 2022, including offering classes for girls run by women teachers.

“Without our female staff, we would not have reached even half of them,” Azmi said.

Government officials claim the ban was imposed because women were not observing Taleban rules on wearing the hijab, or being accompanied by a male relative while travelling. But several aid workers that AFP spoke to said they had not received any warning of violating cultural norms.

Aid workers and analysts say the excuse is a cover, with the Taleban’s supreme leader and his inner circle relentlessly squeezing women out of public life.

“There is a very conservative group within the regime that does not want women to be seen in public – even if these women are involved in community service,” another aid official said.

The Taleban insist aid can still reach the needy by being delivered to the men in the family, reducing the need for women aid workers.

The ban excludes the United Nations (UN), which has condemned the order and joined NGOs in holding meetings with the Kabul authorities demanding an explanation.

However, UN Resident Coordinator in Afghanistan Ramiz Alakbarov said they would not halt aid in protest because it was “important to stay and deliver”.

“The best way of coming to a solution is not pressure. It is a dialogue,” he said last week.

Several NGOs had permission to work in areas controlled by the Taleban during two decades of fighting between the US-backed government and the insurgents. “There used to be discussions and negotiations with local Taleban commanders – and even then we had lots of female staff working on our projects,” said an aid official.

“The objective was made clear, that we are neutral… and our aim is to reach out to people in need, and nothing else.”

Frustration has also grown in the NGO community because the ban came when aid workers had only just penetrated areas previously inaccessible during the war.

“There are many parts that have received aid for the first time ever, and women employees have been an integral part of that response,” IRC’s Sayed-Rahman said.

Afghanistan, which was almost entirely dependent on aid, has seen its economy teeter on the brink of collapse since the Taleban takeover in August 2021, when Washington froze billions of dollars of Afghan assets. “Last winter, it was humanitarian aid that prevented a famine,” said Sayed-Rahman.