HONOLULU (AP) — A doctor and a team of neonatal medical professionals were in the right place at the right time — helping a Utah woman deliver her baby onboard an hourslong flight to Hawaii.

Lavinia “Lavi” Mounga was travelling from Salt Lake City to Hawaii on April 28 for a family vacation when she gave birth to her son, Raymond, at just 29 weeks gestation.

“About halfway through the flight, there was an emergency call, and I’ve experienced this before and usually they’re pretty clear asking if there is a doctor on board,” Glenn said in a Hawaii Pacific Health press release. “This call was not like this and it was fairly urgent.”

Bamfield said she heard someone call out for medical help and saw how little the baby was.

All three nurses and the doctor sprung into action. With no special equipment for the preemie, the group got creative: they used shoelaces to cut and tie the umbilical cord and used a smartwatch to measure the baby’s heart rate. 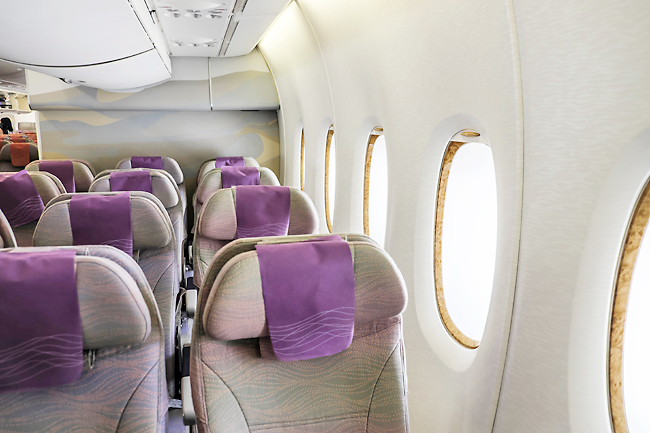 “We’re all trying to work in a very small, confined space in an airplane, which is pretty challenging. But the teamwork was great,” Glenn said.

The delivery was also the subject of a viral TikTok, which racked up more than 11 million views as of Sunday night. The video shared by Julia Hansen shows the announcement of the birth on the flight, with the plane landing three hours later.

Hansen and a friend she was flying with, Siearra Rowlan, told The Washington Post the situation initially caused a commotion, but other passengers were pretty “casual” about it by the end of the flight.

“Everyone just kind of got up, got their carry-on and left,” Hansen said of the scene after Mounga and her son were escorted off first.

Medical crew were waiting at the airport in Honolulu to help get the mom and baby to Kapiolani Medical Center for Women and Children.

The three nurses from the flight were able to visit Mounga and the baby on Friday and said it was an emotional reunion.

“We all just teared up. She called us family and said we’re all his aunties, and it was so great to see them,” Ho said. Mounga has since been discharged, but baby Raymond will remain in the NICU until he’s ready to go home.

“It has been very overwhelming,” Mounga said. “I’m just so lucky that there were three NICU nurses and a doctor on the plane to help me, and help stabilise him and make sure he was ok for the duration of the flight.”