Nuclear power has no place in renewables bill, says activists

“We urge House of Representatives Commission VII to remove all mention of non-renewable energy in the new and renewables category of the bill,” the cofounder of renewables advocacy group Adidaya Initiative, Aji Said Iqbal Fajri, said in an open letter dated on May 19, referring to the House commission that oversees energy and mineral resources.

The letter was issued by a group of activists called the Civil Society Coalition, which includes Adidaya Initiative, as well as by the Institute for Essential Services Reform (IESR) and the Indonesian Center for Environmental Law (ICEL).

“There has been no response from the government regarding the open letter by the coalition as of now,” Aji said last Monday.

The NRE bill, which is currently in the making, is a crucial part of Indonesia’s efforts to achieve its target of producing 23 per cent of all energy from renewable sources by 2025, as stipulated in the government’s national energy road map. 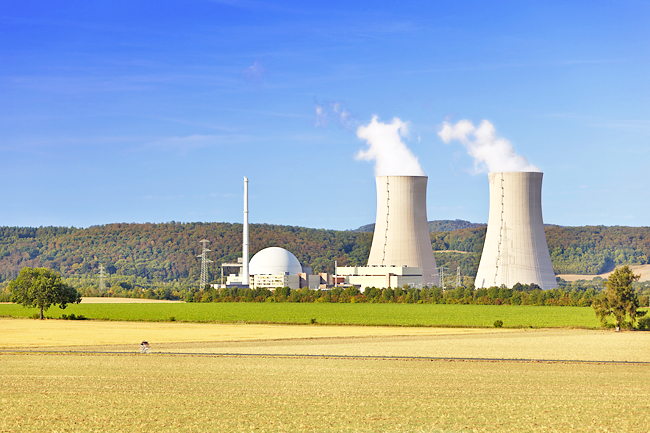 “Countries with abundant renewable energy resources have started to abandon nuclear power – it should be our last resort; this should be the basis of our energy planning. Small modular reactor (SMR) technology is still too premature,” Fabby continued, referring to nuclear power plant company ThorCon’s claim that such technology could be cheap at USD800 to USD1,000 per kilowatt of generation capacity.

The National Nuclear Energy Agency (Batan) has repeatedly announced plans for large-scale nuclear power plants to be built in several areas of the country, including Central Java and Bangka Belitung, but these ideas had floundered in the face of serious design flaws, environmental issues and financial impracticality, Fabby said in an article published by the Post on March 12.

Adidaya Initiative’s Aji said the main concerns with nuclear plant development in Indonesia included investment risk given the high upfront costs as well as questions about safety and nuclear disposal.

“A nuclear power plant (is not likely) to provide economic benefits. Indonesia has to learn from the scenarios of other countries before deciding on building a nuclear plant,” he told the Post last Monday, citing the Philippines’ plan to revive the 620-megawatt Bataan nuclear power plant, worth an estimated USD2.2 billion, which has been dormant since its establishment in the 1980s.

The Philippines relies on imported coal for more than half of its power generation. Supporters of nuclear power in the country say the technology offers a cleaner option to help meet demand.