The state’s Deputy Premier John Barilaro said he had written to sports bodies and officials in neighbouring Victoria, whose capital is Melbourne, suggesting they could help out.

Australia’s world number 40 Nick Kyrgios has already voiced concern about the Australian Open, scheduled for January. The Melbourne Cup horse race is due to take place in November and the city usually hosts the AFL grand final, another annual highlight.

“Some of these events down in Victoria are national events,” Barilaro told commercial radio 2GB.

“Absolutely we should be able to work with Victorians to find ways to make sure these all happen, these events are far too important in this crisis to not have,” he added.

While the rest of Australia continues to see only a handful of new coronavirus infections, Melbourne is recording hundreds daily with the city under a night-time curfew and its border with NSW shut. Australian Rules, rugby league, rugby union and football teams based in the city have been forced to relocate to ensure their seasons can continue, leaving Melbourne bereft of live sport.

The Australian Open is due to start in mid-January but, given the scale of the event, it would be hard to host the two-week extravaganza anywhere else.

While Melbourne Park, the usual venue, has three show courts with retractable roofs, Sydney’s Olympic Park only has one, and its facilities are inferior.

“And we’re absolutely convinced we’re going to get on top of this virus and infection rate. It’s just unfortunate what’s happening here in our state but we’ll get through it.”

Asked if there was any way the Australian Open could move to another city, he replied “No.”

Tiley last month said contingency plans were in place for Melbourne Park, with reduced seating due to social distancing, players in a secure bio-security “bubble” and the likelihood of no overseas spectators. 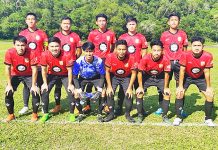 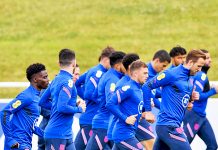