The penultimate month of the year brings with it an array of new book releases. Here’s a look at eight new items to consider for your reading list. These include stories about an author who is accused of murder after the opening night of his play, a recluse who hasn’t left her home for three years and has to cope with change, and a poster made by two teenagers on a whim with unexpected consequences.

Over three years has passed since the last time Meredith left her home. Aside from never going outside, Meredith has a relatively normal life. She has a full-time remote job and spends her time baking and doing jigsaw puzzles while her cat Fred keeps her company.

Meredith finds comfort in her online support group, and her friend Sadie sometimes visits her with her two children. Her social circle expands with two new people in her life: Tom from a charity organisation and online friend Celeste, and her routine begins to change as Meredith reflects upon what led to her self-imposed isolation. 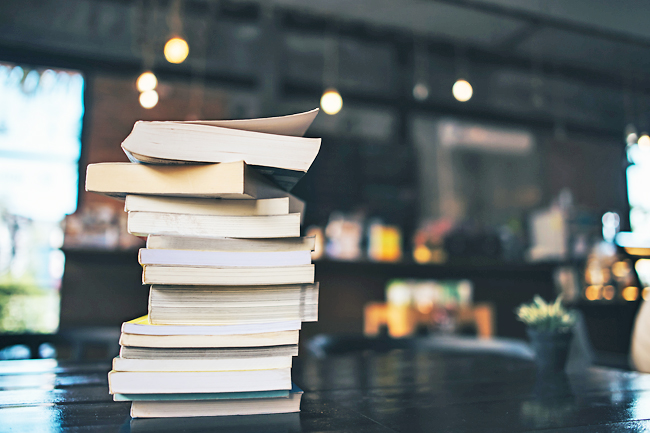 THE TWIST OF A KNIFE BY ANTHONY HOROWITZ

After completing the three books he was contracted to write for ex-detective Daniel Hawthorn, Anthony Horowitz decides to embark on new projects. His new play Mindgame is a thriller and has its opening night at the famous Vaudeville theatre in Shoreditch. The play receives mixed reviews particularly from Sunday Times critic Harriet Throsby who criticises the writing.

The following day, Harriet is found dead with an ornamental dagger in her chest. With Anthony’s fingerprints found on the dagger, he becomes the prime suspect and relies on Daniel to clear his name.

WE ARE THE LIGHT BY MATTHEW QUICK

After losing his wife in a mass shooting, high school counsellor Lucas Goodgame reaches out to his former therapist by writing letters but he never receives a single reply. His wife visits him at night in the form of an angel, giving him advice so he can make peace with the tragic incident and move on with this life. One day, a tent appears in his backyard and Lucas finds a teenage boy who appears to be connected to the shooting incident.

Two days after Kari James was born, her mother went missing. Now in her 30s, Kari takes care of her father suffering from brain damage after a car accident. Her cousin Debby finds a bracelet that once belonged to Kari’s mother, and when Kari touches it, she starts to see gruesome visions of her mother and a mysterious creature that suggest there’s more to her mother’s disappearance than what she’s been told.

A QUIET LIFE BY ETHAN JOELLA

In a small Pennsylvania town, three individuals struggle with loss. Chuck has just lost his wife and finds himself unable to let go of her as he prepares for what used to be an annual trip for the two of them. Ella keeps herself busy with work as she waits for news on her missing daughter.

Meanwhile, Kirsten dreams of becoming a vet but her plans are put on hold after her father was murdered during a robbery. Their paths intersect and they slowly move forward in life as they help each other through their grief.

NOW IS NOT THE TIME TO PANIC BY KEVIN WILSON

When Frankie and Zeke meet, the two teenagers quickly hit it off and become good friends over the summer. With Frankie as an aspiring writer and Zeke’s talent in art, the two of them make a poster with an enigmatic phrase that catches everyone’s attention and leads to wild speculations. What’s meant to be a harmless poster ends up sparking chaos far beyond the town, and Frankie keeps her part a secret from everyone as she tries to move on with her life.

Twenty years later, Frankie is a successful writer with a happy marriage. She receives a call from an unknown journalist who’s writing about the Coalfield Panic of 1996 – an incident that Frankie knows all too well.

THE STOLEN BOOK OF EVELYN AUBREY BY SERENA BURDICK

Evelyn is married to William Aubrey, a famous author who finds himself struggling to write his next piece of work. Envious of Evelyn’s writing talent, William steals a draft of her novel and publishes it as his own. Following the betrayal, Evelyn disappears and William is suspected of murdering his wife.

Over a century later in California, Abigail finds a photograph of her father and a message that reveals her great-great-grandmother’s identity – Evelyn Aubrey.

Abigail sets off to England where she learns about Evelyn’s disappearance. While the entire London society believed Evelyn was murdered by her husband, Abigail thinks there’s more to it.

THE LAST PARTY BY CLARE MACKINTOSH

In a small town in Wales, it’s a tradition for its people to dive into the icy water of Mirror Lake to welcome a new year. But this time, a body is found floating in the lake.

The victim Rhys Lloyd was a co-developer of The Shore, a luxurious lakeside housing development that has received less than favourable reactions from the Welsh residents.

Two detectives, each from the other side, team up to investigate the case with a long list of suspects.