THE WASHINGTON POST – A mean prank involving a school desk, a cruel remark at a restaurant.

Lisa Fipps suffered through such experiences as a child – as does her main character, Ellie, in Starfish.

“Everything hurtful that happens to Ellie, happened to me in some way,” said Fipps, about her new novel in verse.

“Because I was a fat kid, I was bullied – at school, at home, and out and about,” she told KidsPost from her home in Kokomo, Indiana.

An avid reader as a kid, Fipps adored Charlotte’s Web, The Country Bunny and the Little Gold Shoes and her family’s set of encyclopedias. But when she looked for books with characters like her, she found nothing.

So, as an adult, Fipps decided to write such a story. 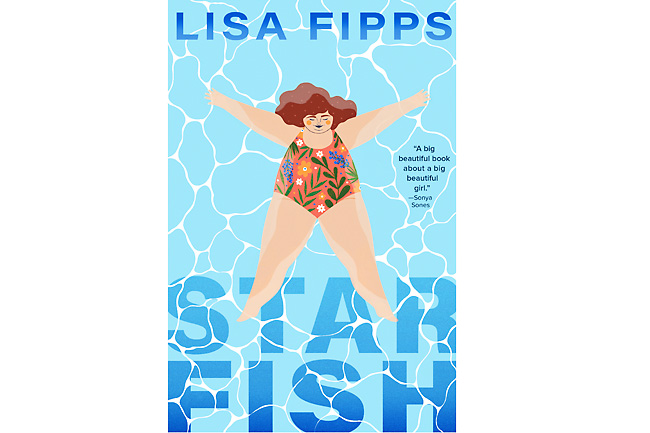 Perhaps you, too, have been bullied about your weight or a part of your body. Maybe you can relate to Ellie’s pain and her desire to be accepted for who she is.

Ellie’s mother nags and puts her on diets. Kids at school taunt her and suck in their stomachs when she passes. Ellie copes by trying to make herself small and quiet. She tries not to take up too much room or draw attention to herself.

Ellie finds peace and a sense of safety in one place, though: her family’s pool. She likes to spread her legs and arms, like a starfish, and take up space.

With the help of her supportive father, Ellie discovers another safe place: the office of Doctor Wood, a therapist.

As she talks with Wood, Ellie begins to learn how to stick up for herself. She pushes back against her mother and other tormentors.

Fipps called her own therapy “essential” to her current feeling of self-worth. If you don’t get the help you need, she said, it can affect the way you deal with life – for the rest of your life.

Sometimes young people resist seeing a therapist because they aren’t sure what happens or whether they want to share their deepest feelings. In her novel, Fipps shows that trust often builds over time. And as Ellie demonstrates, it is the young client who decides what they talk about.

Fipps has written poetry since childhood. She loves the “emotional punch” that a poem can pack. Starfish began as poems about the characters, which she thought she would eventually turn into prose.

Then she read a novel in verse by Sonya Sones. That’s when Fipps realised, “Hey, I can write my story in poems, too – and get to the heart of the story, the feelings of the character more quickly.”

Starfish is Fipps’ first novel, and she is busy writing several more. She has also been delighted, during virtual book events, to see how young readers connect with Ellie.

“They want to know what else might happen, if there will be a sequel or a prequel,” she said. “And they have lots of questions about Ellie’s pug Gigi.”

April is National Poetry Month, and Fipps happily shared the advice for young poets that she strives to take herself. “Start by playing with words,” she said. “They are like clay. With your imagination, you can shape them into (the form) you want.”

Through written words, you might explore your own feelings – joy, fear, shame, love – as Fipps does with Ellie.

You might even create your own personal story through poems.