OSLO (AFP) – Norway’s sovereign wealth fund, the largest in the world, announced yesterday that it will require that the approximately 9,000 companies it has invested in worldwide achieve zero net carbon emissions by 2050.

“We set a target of net zero emissions by 2050 at the latest for all companies,” the fund’s chief governance and compliance officer Carine Smith Ihenacho said while announcing the fund’s new climate action plan.

“We will engage with the companies to reach this target by setting credible preliminary targets and creating plans to reduce their direct and indirect emissions of greenhouse gases,” she added.

According to the IPCC, the UN climate expert panel, achieving carbon neutrality by 2050 is necessary to limit global warming to 1.5 degrees Celsius, in line with the goals of the Paris Agreement. Paradoxically, Norway’s wealth fund is fuelled by the Norwegian government’s oil revenues and it is also known as the oil fund. 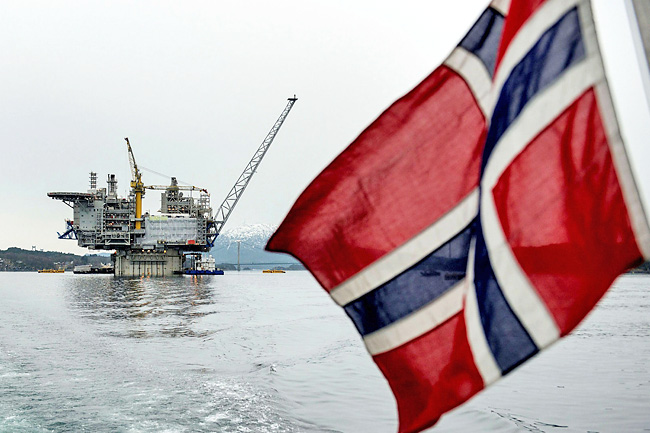 To date, only about 10 per cent of these companies have set a carbon neutrality objective.

The fund’s ambition is to help groups in which it is invested develop a climate plan by maintaining a dialogue with them, using its voting rights at general meetings and, “as a last resort”, divesting its shares, Ihenacho explained at a press conference. Governed by a set of ethical rules, the fund is among other things prohibited from investing in companies responsible for serious environmental or climate damage and coal, but it can also drop companies on its own initiative on purely financial merits.

“Sustainability is a prerequisite for good returns in the future,” noted deputy governor of the Norwegian central bank Oystein Borsum, which oversees the fund.

The fund has already divested its assets in four companies whose greenhouse gas emissions were deemed excessive. The new plan follows up on the Norwegian government’s decision to strengthen the fund’s climate mandate.

In the first six months of 2022, the fund’s value fell by NOK1,680 billion, mainly due to turmoil in global stock markets.