Pelosi, who visited Seoul earlier this week, became the highest-ranking US official to visit the Joint Security Area (JSA) between the two Koreas since then-president Donald Trump met North Korean leader Kim Jong Un there in 2019.

The pair called for “strong and extended deterrence against North Korea”, and vowed to support efforts by Washington and Seoul to achieve Pyongyang’s denuclearisation.

The North yesterday denounced Pelosi for both her discussions with Kim and her visit to the JSA. 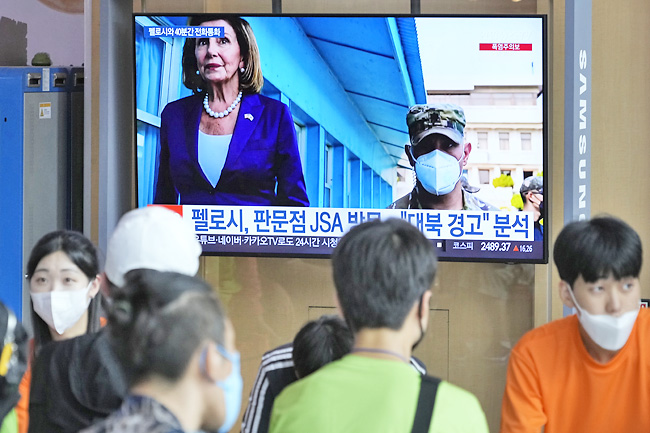