North Korea says it will never give up nukes 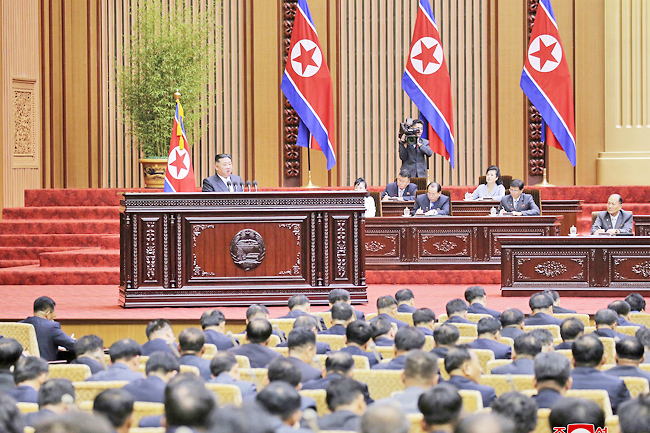 SEOUL, South Korea (AP) – North Korean leader Kim Jong-un stressed his country will never abandon the nuclear weapons it needs to counter the United States (US), which he accused of pushing to weaken the North’s defences and eventually collapse his government, state media said on Friday.

Kim made the comments during a speech on Thursday at North Korea’s Parliament, where members passed legislation governing the use of nuclear weapons, which Kim described as a step to cement the country’s nuclear status and make clear such weapons will not be bargained.