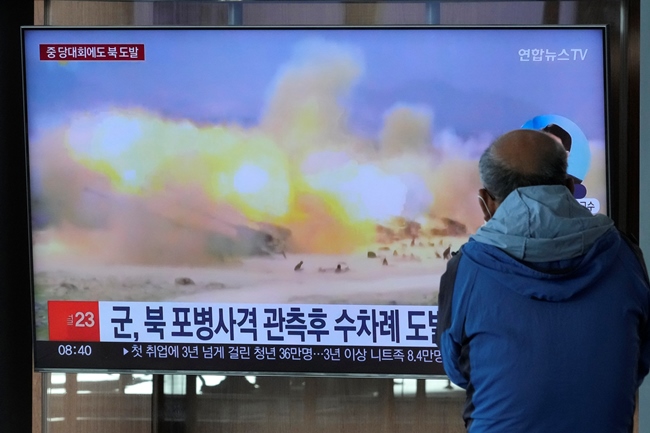 SEOUL, SOUTH KOREA (AP) – North Korea fired about 100 more artillery shells toward the sea on Wednesday in response to South Korean live-firing drills at border areas as the rivals accuse each other of dialing up tensions on the Korean Peninsula with weapons tests.

The drills conducted by both sides come amid heightened animosities over recent North Korean missile tests that it calls simulated nuclear attacks on South Korean and United States (US) targets.