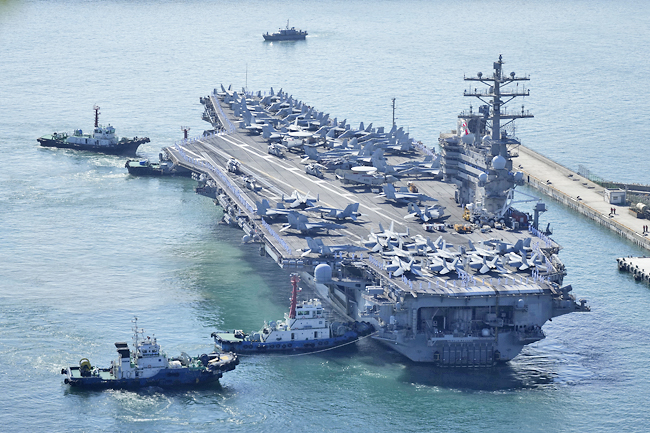 SEOUL (AFP) – North Korea fired a ballistic missile on Sunday, Seoul’s military said, just days after a United States (US) aircraft carrier arrived for joint drills with the South in a show of force against Pyongyang. With talks long-stalled, nuclear-armed North Korea has doubled down on its banned weapons programmes, even revamping its laws earlier this month to declare itself an “irreversible” nuclear power.