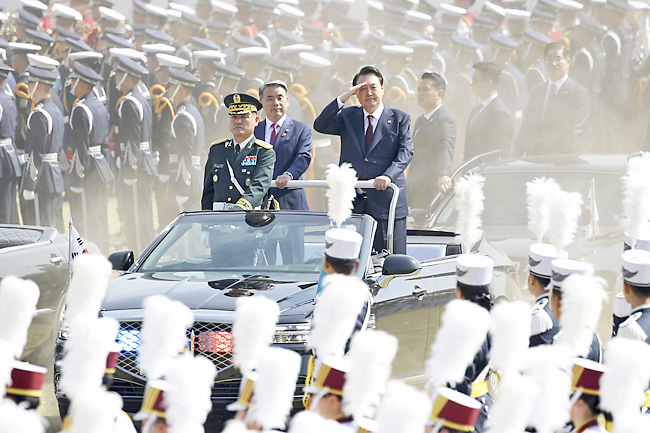 In an unusually strong rebuke of North Korea’s weapons programmes, South Korean President Yoon Suk-yeol said North Korea’s “obsession” with nuclear weapons is deepening the suffering of its own people, and warned of an “overwhelming response” from South Korean and United States (US) militaries should such weapons be used.

“North Korea hasn’t abandoned its obsession with nukes and missiles despite the persistent international objection in the past 30 years,” Yoon said during an Armed Forces Day ceremony at the military headquarters in central South Korea.