In 2019, over 297,218 metric tonnes (MT) of waste was generated in Brunei Darussalam, of which only 11.3 per cent was recycled. The remainder mainly ended up in landfills.

About 0.23 MT of methane gas is released into the atmosphere every year, accounting for 2.2 per cent of the Sultanate’s total greenhouse gas emissions in 2018.

As it stands, an average person in Brunei generates 1.14 kilogrammes of municipal solid waste per day, based on 2019 data, making the Sultanate among the highest waste generators per capita in the ASEAN region.

As economic and population growths continue to climb, waste management is increasingly complex with our limited landfill capacity.

HOW IS OUR WASTE MANAGED?

Brunei Darussalam’s waste management, for both general and hazardous waste, is under the purview of the Department of Environment, Parks and Recreation (JASTRe), Ministry of Development. It is governed by legislations, policies and guidelines set forth by JASTRe.

The operational aspect of waste management involves the collection and disposal of waste generated. 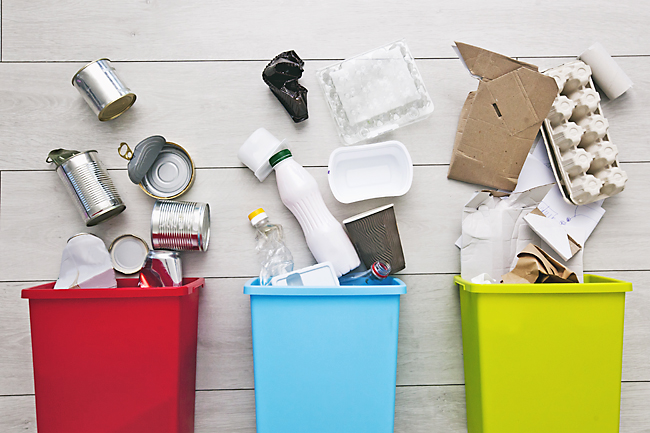 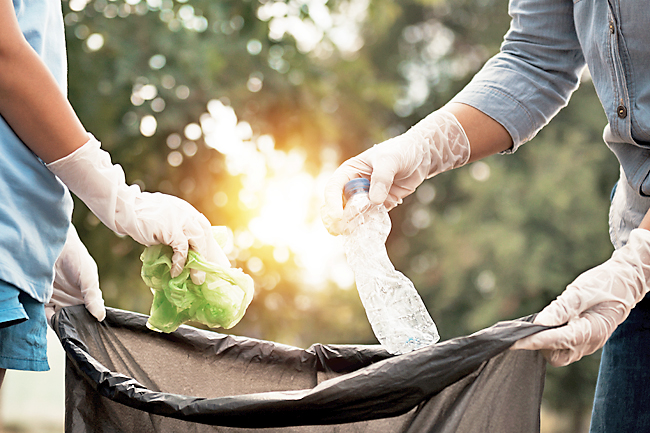 Collection of waste includes door-to-door picku-ups, done by registered waste collectors listed under the JASTRe. The public also has the option of utilising government-provided waste collection centres across the country, managed by contractors appointed by the department.

While the nation is strongly encouraged to practise the 3Rs – Reduce, Reuse and Recycle – to deal with waste, most of the remaining waste (non-recyclables and non-reusables) are still discarded at the Sungai Paku Engineered Landfill – the country’s main landfill which currently accommodates over 90 per cent of the total waste. The landfill together with the Sungai Akar Transfer Station, which acts as a drop-off point for waste generated in the Brunei-Muara District, are managed by JASTRe through term contracts.

There are many types of waste generated here, from across the various sectors, bringing with them unique challenges in how they are collected, handled and disposed of. From domestic to agricultural to commercial and industrial waste, more often than not, these wastes are mostly disposed rather than recycled.

Municipal solid waste, which includes waste from domestic, agricultural and commercial sectors, has become a major concern over the past years as the amount generated has increased tremendously.

The top four compositions of municipal solid waste disposed at the Sungai Paku Engineered Landfill are: 32 per cent food waste; 29 per cent plastic; 11 per cent green; and 10 per cent paper.

Of the 297,218 MT of waste generated in 2019, 245,400 MT of waste were disposed at Brunei’s main landfill located in Kampong Sungai Paku, Mukim Telisai in Tutong District. Spanning over 104 hectares of land, the Sungai Paku Engineered Landfill receives waste at a daily rate of 672 MT. The waste is sent here to be buried within four excavated areas known as landfill cells. It is estimated that landfill cells will reach full capacity by 2030. However, with the increase in waste growth, it may happen sooner rather than later.

Furthermore, the decomposition process leads to the build-up of greenhouse gas that is 28 times more potent than carbon dioxide.

At the current rate of waste generation, Brunei Darussalam’s greenhouse gas emissions from the waste sector are projected to increase to 0.30 MT by 2035.

The recycling rate fell from 27.6 per cent in 2018 to 11.3 per cent in 2019. Except for used tyres, all recyclables collected are exported for recycling due to inadequate infrastructure and facilities.

WHAT GOVERNMENTAL ACTIONS HAVE BEEN TAKEN?

With the growing concerns and threats from the increasing waste generation, the government has taken pro-active measures to address waste challenges, such as ensuring a sustainable and efficient waste management system is in place.

Recognising the gaps in recycling infrastructure and ecosystem, the government is also looking to develop the recycling industry and achieve a significant increase in the recycling rate by adopting policies, setting up institutional mechanisms and multi-stakeholder partnership.

Waste management is a cross-sectoral issue that depends on close collaboration between government agencies and other relevant stakeholders – private sector and non-government organisations – as well as public support to address waste issues.

Notably, numerous initiatives and programmes have been implemented with the primary goal of minimising waste generation, in particular the introduction of the 3Rs initiative.

The government has set up targets of one kilogramme of waste per person per day and a recycling rate of 30 per cent by 2035.

HOW CAN WE CONTRIBUTE?

Although numerous initiatives and activities have been implemented by the government, there is still room for improvement to achieve a sustainable and efficient waste management system. However, each individual or organisation has to play a role in achieving a cleaner and greener Brunei.

As consumers in general, we all directly contribute to the waste generation. As a start, we can start practising the 3Rs at home where most of our waste is generated. The public has access to recycle bins provided by the government at the waste collection centres as well as information on recycling collection activities.

Here are just some of the easiest ways we can reduce our waste generation at home or workplace: reduce our dependence on packaging and paper; reduce food wastage; switch to reusables; practise segregation and recycling; and practise composting.

Small changes can have an impact on the environment, be it waste reduction or recycling. – Department of Environment, Parks and Recreation