No rain on this parade

PASADENA, CALIFORNIA (AP) – Flower-covered floats, marching bands and equestrian units celebrated the New Year on a chilly but dry Monday as the 134th Rose Parade slipped through a gap in California’s siege of drenching storms.

Pasadena’s annual floral spectacle offered the optimistic theme of “Turning the Corner” for 2023, and former United States (US) Representative Gabby Giffords of Arizona, who survived a 2011 shooting, served as grand marshal.

“The New Year is a time for renewal, an opportunity for a fresh start,” Tournament of Roses President Amy Wainscott told the television audience.

The parade, which by tradition is held on January 2 when New Year’s Day falls on a Sunday, kicked off with the Los Angeles band Fitz and the Tantrums! performing Let Yourself Free and a crowd-pleasing flyby of two US Air Force B-1B jets.

Rain has rarely fallen on the parade, but this year it came close. 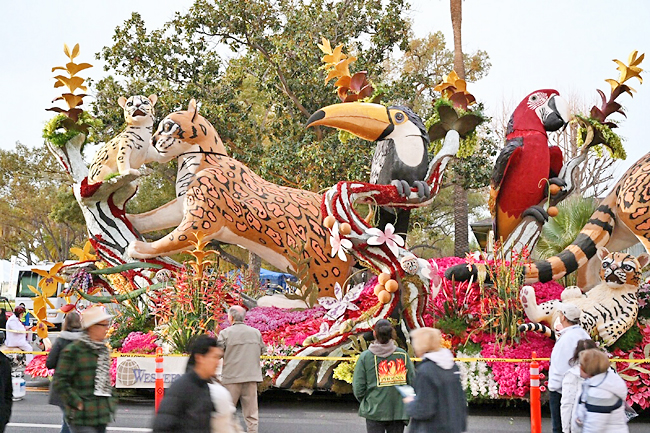 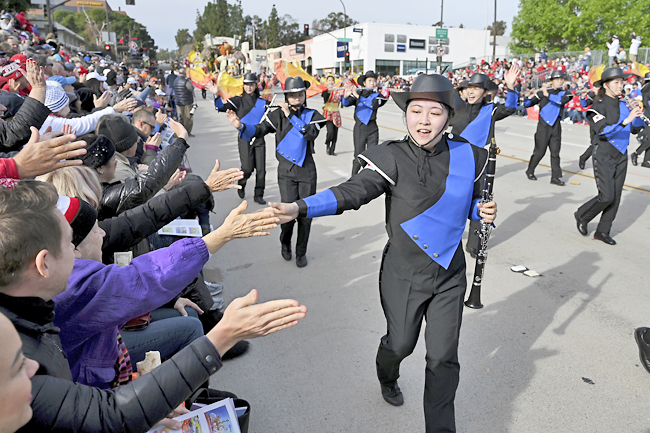 Downpours pounded Southern California over the weekend – and rain returned on Monday evening during the Rose Bowl college football game between Utah and Penn State.

But earlier in the day, parade participants and thousands of spectators avoided a soaking.

Giffords rolled down the 8.8-kilometre route in a flower-decked antique convertible, accompanied by her husband, Democratic US Senator Mark Kelly of Arizona.

Marching bands came from across the US and around the world.

The Riverside County, California, sheriff’s mounted unit was led by a riderless horse in honour of Deputy Isaiah Cordero, 32, who was slain during a traffic stop on December 29.

The floats offered simple beauty – birds, bees, bears, bugs and giraffes covered in flowers or other natural materials – as well as messages such as a Cal Poly universities’ entry called the “Road to Reclamation” depicting animated snails and mushrooms living on a fallen tree branch.

The Louisiana Office of Tourism’s “Feed Your Soul” float depicting a paddlewheel riverboat was the stage for mid-parade performance by Lainey Wilson.

Donate Life’s bright orange and red Chinese street dragon blowing smoke out its nostrils was awarded the sweepstakes trophy for most beautiful entry by the Tournament of Roses judges.

American Idol finalist Grace Kinstler performed aboard a float promoting tourism to her home state of Illinois, and country music star Tanya Tucker sang her current single, Ready as I’ll Never Be, in the parade’s finale.