Nipping the problem in the bud

The act of bullying can come in many forms, from physical and verbal acts of belittling others to online assaults on social media and digital platforms.

Regardless of the method, the result can be devastating for not just the victim, but those around them as well, such as family and friends. Over time, it could lead to an emotional downward spiral.

As such, schools are taking steps to stop bullying from occurring in the first place by nipping the problem in the bud.

Anthony Abell College, for example, aims to accomplish it by fostering an anti-bullying mentality.

A talk was recently held to brief students on various signs of bullying, delivered by counsellor Lenny binti Haji Wahid.

Lenny, in an interview with the Bulletin, explained that the initiative was not only limited to Anthony Abel College but also primary schools, high schools and higher learning institutions nationwide. The talk introduced students to tell-tale signs of bullying and how to tackle them. 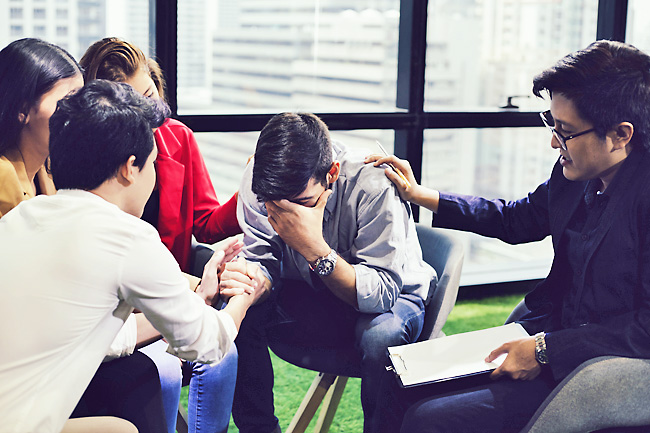 She believes that the Year 7 students are the grassroots, as they will be spending the next four years in school making friends and honing social skills.

And do not insult one another and do not call each other by (offensive) nicknames. Wretched is the name of disobedience after (one’s) faith. And whoever does not repent – then it is those who are the wrongdoers.

She explained the five characteristics of bullying: the difference in power between the bully and the victim; repeated acts of aggression; a tendency to control victims of bullying; forming an atmosphere of anxiety through threats, intimidation and fear; and keeping the act of bullying a secret.

Lenny also detailed the types of attacks bullies employ, from physical and mental attacks to indirect approaches such as sowing distrust and excluding one from a social circle.

Students were told that bullying is not always clear cut, because while some might be obvious, such as physical violence, others focus on attacking victims on an emotional and social level, affecting their mental well-being and relationships.

“With the advent of the Internet and social media,” she said, “cyberbullying is a growing concern as it can have devastating results on the mental health of those on the receiving end.”

She added, “This applies not only to the victims of bullying but also the bully, as well as those who witness the act.

“For the bully, the act of bullying could form a feedback loop to encourage aggressiveness that continue until adulthood if not properly corrected; and the opposite is true for those who are bullied, as it can result in them being timid and shy away from social contacts.”

“Those who are not directly involved in bullying but are witnesses to it,” Lenny explained, “are also affected as it feeds into the distrust of the safety of an environment, which can lead to low confidence.”

Due to the severe consequences, Lenny believes some steps need to be taken to keep bullying at bay, which includes reporting to the teachers, parents and guardians; encouraging raising concerns about bullying with trusted friends; protecting friends from being bullied, and believing in one’s own ability to care for themselves.

She also highlighted the importance of parents and guardians in discouraging bullying.

Meanwhile, the school’s Parent Teacher Association (PTA) chairman Suhaini bin Haji Othman expressed dislike for bullying by likening it to a social sickness that affects not only a populace but also those across the world.

“As a parent, I always prioritise the safety of my children, and bullying threatens their safety,” he added.

He hoped that the talk on bullying would motivate the students to be more resilient in the face of bullying and to not condone bullying.