The closing ceremony of Dikir Maulud to mark the birth anniversary of Prophet Muhammad (pbuh) was held on Friday at mosques, suraus and religious halls nationwide after it was held for 12 consecutive nights since 1st of Rabiulawal, 1444 Hijrah.

The event was part of the religious ceremonies to glorify mosques, remember the birth anniversary of the Prophet (pbuh) and seek blessings from Allah the Almighty.

It also aimed to instil awareness and repentance in remembering the Prophet’s (pbuh) sacrifice during the propagation of Islamic teachings through Selawat. 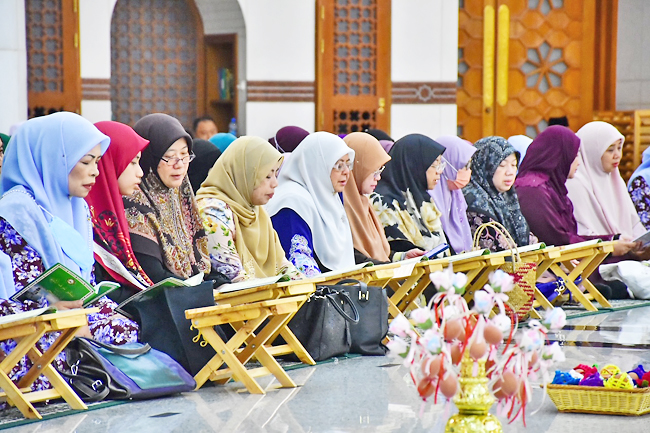 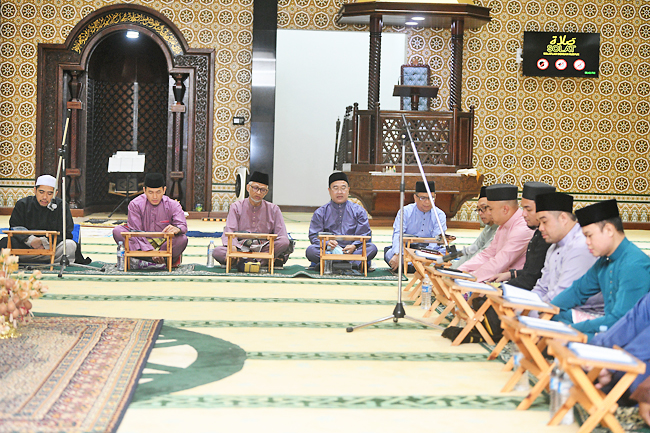 A similar ceremony was held at the Royal Brunei Police Force (RBPF) Surau in Gadong.

The event began with a mass Maghrib prayer followed by the recitation of Dikir Marhaban and concluded with a mass Isyak prayer and Doa Selamat.

Organised by UBD and members of the mosque’s takmir committee, the event was attended by officers, staff and students of the university and other congregants.

It began with a mass Maghrib prayer and the recitation of Surah Al-Fatihah, led by mosque imam Khirulamrin Fitir bin Haji Samaudin. The event was enlivened by Dikir Syarafil Anam and Dabaie, mass Isyak prayer, Dikir Marhaban and concluded with the recitation of Doa Peliharakan Sultan dan Negara Brunei Darussalam.