Ekiti, in southwest Nigeria, is among eight of 36 states where governorship elections are not being held at the same time as the rest of the country because of legal challenges to previous results.

It is also considered a swing state, key to winning next year’s presidential elections in the multi-ethnic West African country of some 200 million people.

The Independent National Electoral Commission (INEC) said the candidate of the ruling All Progressives Congress (APC) won the most votes out of 988,923 registered voters.

“Biodun Abayomi Oyebanji of APC, having satisfied the requirements of the law, is hereby declared winner,” INEC official Kayode Oyebode Adebowale said at a press conference.

Oyebanji won with 187,057 votes, largely ahead of his two main opponents Segun Oni of the Social Democratic Party (SDP) who came in second with 82,211 votes and Otunba Bisi Kolawole of the Peoples Democratic Party (PDP) who got 67,457 votes. 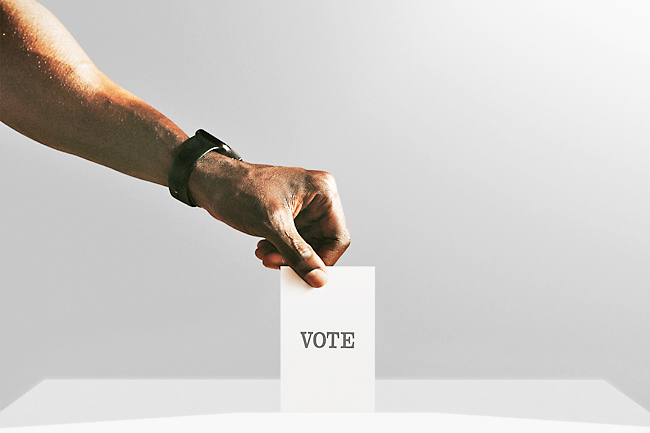 President Muhammadu Buhari congratulated Oyebanji on his victory. “The APC is getting stronger and more united. The victory of our party in Ekiti is an indication of the confidence of Nigerians in the ability of our great party to deliver quality governance to all,” the president said in a statement.

In preliminary reports about the election, observers said the vote was largely peaceful and without major incidents.

Vote buying however was reported at several polling stations, they said. In one location, “party agents from APC were reportedly sharing NGN7,000 (USD15) to voters who showed how their ballot paper was marked”, civil society group Yiaga Africa said in a statement.

In another location it added, “party agents from PDP and SDP were seen bribing voters”.

Observers of the Centre for Democracy and Development (CDD) noted that the “general atmosphere of the election was peaceful” but “documented 41 instances of vote buying and selling”.

The parties have not yet commented on the allegations.

In most cases where the electronic registration system, known as BVAS, malfunctioned, they were fixed within an hour, CDD said. But in 11 cases, observers saw voters being allowed to cast their ballot without being authenticated electronically.

Nigeria has a long history of election-related unrest and malpractice, including the last governorship vote in Ekiti in 2018 that was marred by violence and claims of electoral fraud.

Saturday’s election was seen as a test run for the 2023 presidential vote.

Buhari, a former army general, is stepping down after completing his two terms allowed by the constitution. The two main candidates vying to replace him are Bola Tinubu of the APC and Atiku Abubakar of the PDP.